Oppo has announced two new smartphones and they happen to be the rumored R9 and R9 Plus handsets.

On the outside the devices look similar but this is deceiving – the major changes are on the inside. The Oppo R9 comes with a 5.5-inch AMOLED display that works at Full HD resolution (1920 x 1080 pixels) and inside it has a MediaTek Helio P10 processor, which has eight Cortex-A53 cores, half of which run at 2.0 GHz, while the remaining four at 1.0 GHz. The device also packs 4 GB of RAM, 64 GB of internal memory, a microSD card slot, a second SIM card slot and a 2850 mAh battery. An interesting fact is that the Oppo R9 comes with a more sensitive front camera, unlike nearly all other smartphones. In the R9’s case the front camera is a 16 MP unit with an aperture of f/2.0, while the rear camera offers 13 MP with an aperture of f/2.2. The smartphone measures 151.8 x 74.3 x 6.6 mm but there’s no information how much it weighs.

The Oppo R9 Plus is larger than the R9 as the name of the device suggests. This smartphone has a 6-inch display that works at an unknown resolution. The processor inside has also been changed – the R9 Plus has a Snapdragon 652 SoC, which sports four Cortex-A72 cores at 1.8 GHz and four Cortex-A53 cores at 1.2 GHz. The device is available with 4 GB of RAM and 64/128 GB of internal memory, depending on the model chosen. The R9 Plus has two cameras as well but unlike the R9 the balance has been kept – both cameras are 16 MP units with Sony IMX298 sensors. The device is powered by a 4120 mAh battery.

Despite all the differences the R9 and R9 Plus share some of the tech specs that they come with. Thus both smartphones have VOOC quick charging technology (the R9 for instance can be charged from 0 per cent to 70 per cent in just 30 minutes), Wi-Fi, Bluetooth and support for LTE. Both smartphones also run Android 5.1 Lollipop.

Housed in aluminum chassis that are colored in pink gold or just gold, the Oppo R9 will be in stores on March 24, while the R9 Plus will hit the market on April 12. The smaller smartphone of the two is priced at USD 430, while the larger R9 Plus costs USD 510 for the 64 GB version. Unfortunately it is unclear when these devices will be available outside of China, if ever, and how much they will cost abroad.

Car Wash & Design is the game you would play when you want to spend some good time playing without thinking too much. The title says pretty much everything – here you get to wash cars and make them shine and so on. The game is simple and it won’t take long for you to... 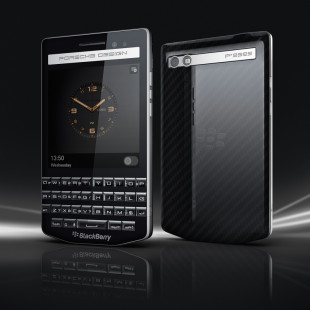 The Canadian telecommunications company BlackBerry has not been doing really well in the past few years losing money, clients and market share to other competitors such as Samsung and Apple. Clearly a solution to this situation is needed and BlackBerry plans to present a new smartphone – not...