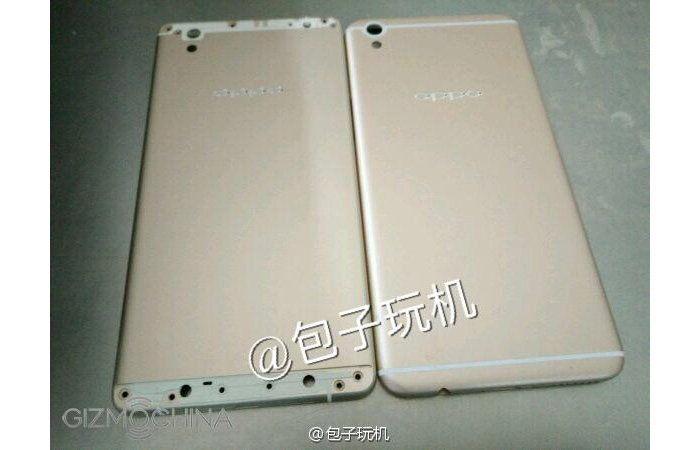 Chinese manufactuters are often blamed for copying devices that have been designed and manufactured by Western companies but one cannot ignore the hard facts that are everywhere. Oppo is the latest example.

A new online leak has shown a still upcoming smartphone by the Chinese company that looks exactly the same as Apple’s iPhone 6 Plus judging from the back of the device. A white strip runs along the width of the smartphones on top and at the bottom and Oppo’s logo is situated exactly where the Apple logo is. The bottom sides also look the same – we have the speaker grill at the right end, a USB port in between and a 3.5 mm earphone jack at the far left. The camera openings on both devices are also at the same exact position. The placement of the flash seems to be the only difference – the iPhone has it just right to the camera while Oppo’s smartphone flash is just below the camera opening. There are no other differences.

Unfortunately there’s no information on the tech specs of the upcoming device so we cannot tell whether this unnamed smartphone will be a good one or it will rely only on its resemblance to the iPhone 6 Plus to sell well.