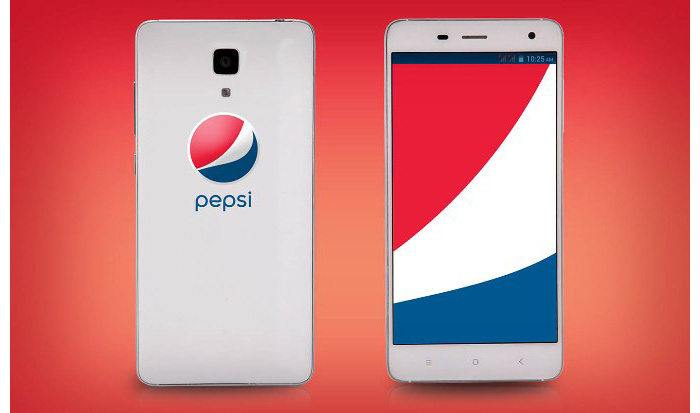 A few weeks ago we stumbled across some interesting information, which claimed that Pepsi would soon release its first smartphone. Although this seems very unlikely, it is not – we have just gotten the first Pepsi smartphone ever!

The device has been unveiled in China and carries the Pepsi Phone P1 brand name and despite being Pepsi’s first try, it actually packs a punch. The Pepsi Phone P1 comes with a 5.5-inch sensor display that works at 1920 x 1080 pixels and that has 2.5D screen protection. The device is also based on an 8-core MediaTek MT6592 processor that runs at 1.7 GHz and has 2 GB of RAM, 16 GB of internal memory, a microSD card slot for expansion and Dido OS 6.1 as its operating system. Dido OS is based on Android 5.1 so users should be able to run Android apps. Finally the Pepsi Phone P1 comes with a metallic chassis, a fingerprint scanner, support for LTE, two SIM card slots (one of them is hybrid and can accept a memory card), two cameras (one rear at 13 MP with a LED flash and another front camera at 5 MP), 802.11n Wi-Fi, Bluetooth 4.0 and a 3000 mAh battery. The entire device measures 152.2 x 76.2 x 7.7 mm and weighs 158 grams. The Pepsi Phone P1 has a modified version as well known as Pepsi Phone P1s, which supports FDD-LTE and is designed for use in China.

Pepsi Phone P1 is now available online thanks to the crowd-funding service JD.com. The device currently sells for USD 110 but the price will likely increase to around USD 200 when the funding campaign ends.