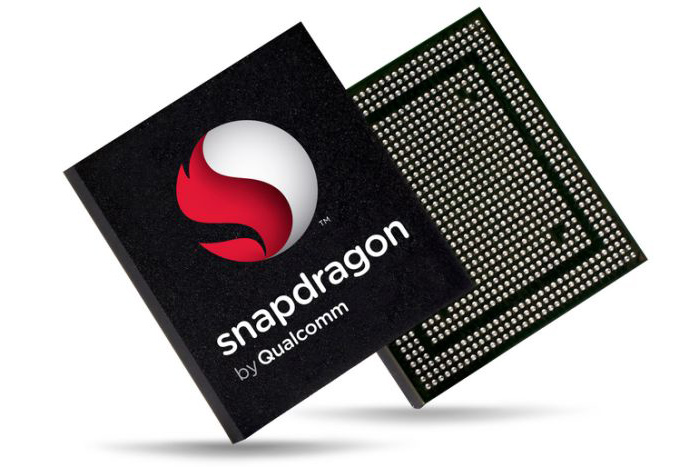 Qualcomm Inc. has announced that its subsidiary Qualcomm Technologies, Inc. has introduced its sixth-generation discrete LTE multimode chipset – the Snapdragon X16 LTE, which is the first commercially announced Gigabit Class LTE chipset designed to deliver fiber-like LTE Category 16 download speeds of up to 1 Gbps, supporting up to 4×20 MHz downlink Carrier Aggregation (CA) across FDD and TDD spectrum with 256-QAM, and 2×20 MHz uplink carrier aggregation plus 64-QAM for uplink speeds up to 150 Mbps.

The new Snapdragon X16 LTE chipset is built on a leading-edge 14 nm FinFET process. The chip is the first instantiation of Qualcomm Technologies’ new, advanced modem architecture. This highly scalable architecture, with modular components and common software, will allow Qualcomm Technologies to rapidly evolve its modem product line to address a wide range of connected applications, ranging from ultra-fast mobile broadband to power-efficient connectivity for Internet of Things (IoT) devices. 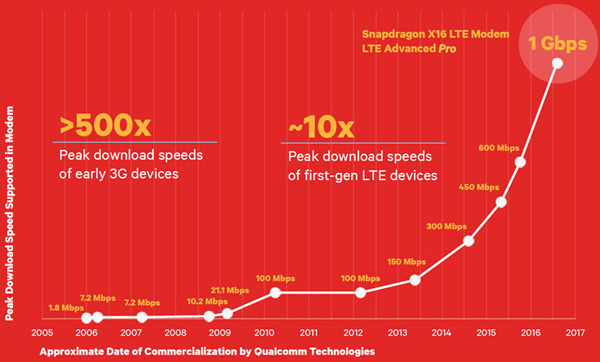 The Snapdragon X16 LTE modem is designed to reach Gigabit Class LTE speeds using the same amount of spectrum as Category 9 LTE devices. By using carrier aggregation and 4×4 MIMO, the Snapdragon X16 LTE modem can receive 10 unique streams of data using only three 20 MHz carriers. Its support for 256-QAM boosts the peak throughput of each stream from ~75 Mbps to ~100 Mbps, with additional gains possible with modem data compression. Additionally, with support for LAA as well as LTE-U, this combination reduces the amount of licensed spectrum required – to 40 MHz or less – to vastly expand the number of operators that can deploy Gigabit Class LTE speeds around the globe.