Smartphone chipmaker Qualcomm has released the 400 and 200 series of Snapdragon processors, designed for use in smartphones and other portable devices.

The release comes a month after the high-end Snapdragon 800 and 600 series debuted at CES 2013. As expected the 400 and 200 series will occupy the mid-range and budget market segments. Let’s find out what they offer!

The Snapdragon 400 processor series consists of two Krait computational cores that run at 1.7 GHz or four ARM Cortex-A7 cores running at 1.4 GHz. The chip also supports aSMP (asynchronous symmetric multiprocessing) and comes with an Adreno 305 GPU and a cellular modem with support for TDSCDMA, DC-HSPA+, 1x Advanced and W+G CDMA technologies. The Snapdragon 400 series works with LPDDR2 and LPDDR3 memory and offers support for up to 2 SIM cards, cameras up to 13.5 MP, 1080p video and Miracast technology.

The Snapdragon 200 series is a simple SoC system that is based on four ARM Cortex-A5 cores at 1.4 GHz each, Adreno 203 graphics and a Hexagon QDSP5 signal processor. This SoC works with LPDDR2 memory only and supports CDMA or UMTS networking technologies. Other specs include support for up to 2 SIM cards and up to 8 MP cameras.

Devices based on Qualcomm Snapdragon 400 and 200 processors should arrive later this year. 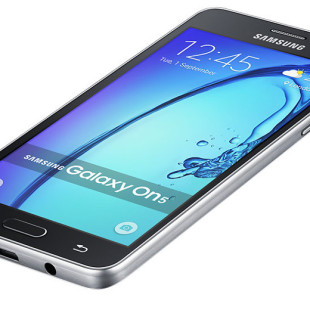 Lenovo has introduced a new notebook – the IdeaPad U310 Touch. The new company product is now available on the US market where it sells for USD 699. The new IdeaPad U310 Touch is based on a 13.3-inch LED display with Multi-Touch and glossy finish (1366 x 768 pixels...