Just a week before the Mobile World Conference (MWC), Samsung has taken an ace out of its sleeve with a new smartphone that belongs to the Galaxy line – the Samsung Galaxy S Advance.

Codenamed GT-i9070, the Galaxy S Advance is the first handset in the Galaxy S family to come with a dual-core processor. The novelty also strongly resembles the Samsung Galaxy Nexus as it comes with a curved display.

The Galaxy S Advance first appeared in benchmarks and in certification agencies websites last month, but the actual name was not known, only the model number GT-i9070. 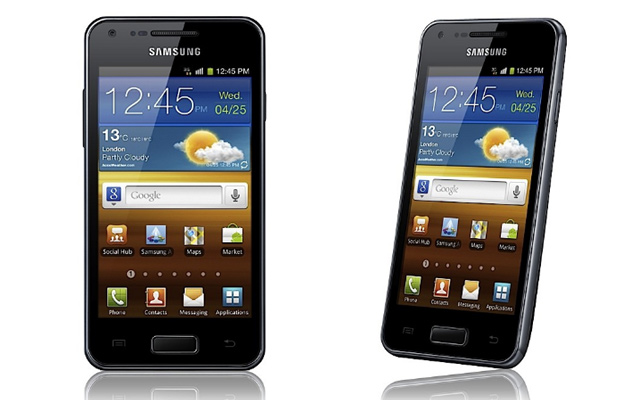 Chinese consumers will be the first to purchase the phone which comes with a 4-inch Super AMOLED screen with a resolution of 800×480 pixels, a 1GHz ST-Ericsson NOVATHOR U8500 dual-core processor, a 5MP rear snapper shooting 720p videos, a front-facing camera, and 6GB of internal memory. The new smartphone will be powered by Android Gingerbread 2.3.6 but the dual-core CPU suggests that it should be Ice Cream Sandwich ready. The battery provided comes with 1500 mAh under the hood.

The new handset is expected in February 2012 first in China and a bit later around the world.