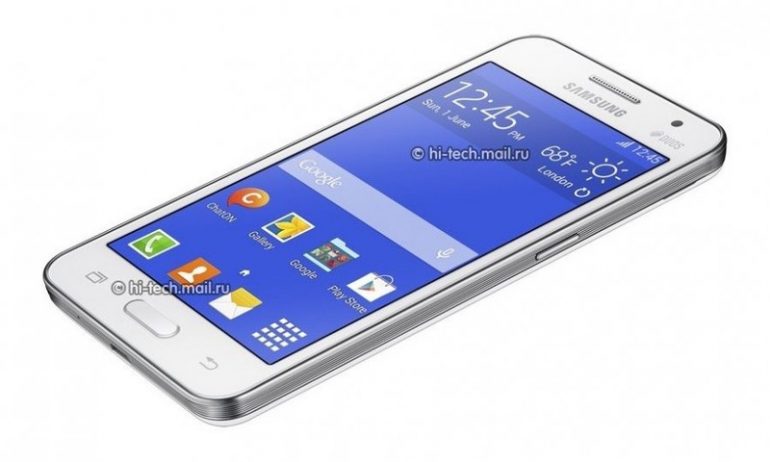 The recently announced Galaxy S5 mini is definitely a very nice smartphone but its price will not appeal to many people around the world. Samsung is fully aware of this issue and this is the reason why the famous Korean company has announced no less than four new budget-oriented smartphones. The models are as follows – Galaxy Core 2, Galaxy Ace 4, Galaxy Young 2 and Galaxy Star 2 and here we will give you an overview on each one of them.

Starting with the Samsung Galaxy Core 2 we can say that this smartphone is the perfect combination of style, performance and mobility. The device measures 68 x 130.3 x 9.8 mm and weighs 138 grams packing a 4.5-inch WVGA display, a quad-core chip at 1.2 GHz, 768 MB RAM and a rear 5 MP camera. The Galaxy Core 2 also has 4 GB of internal memory and a microSD card slot for cards with capacities of up to 64 GB as well as support for two SIM cards. A 2000 mAh battery powers the smartphone and users will be able to choose between black and white colors when it comes to the smartphone chassis.

The Samsung Galaxy Ace 4 comes in two versions – with support for LTE and without it. In the first case the device comes with a dual-core processor at 1.2 GHz and 1 GB of RAM, while the second model has a dual-core chip at 1 GHz and 512 MB of RAM. Both versions offer a 4-inch WVGA display, 4 GB of internal memory, a microSD card slot (up to 64 GB) and two cameras – one rear at 5 MP and one VGA front camera. The LTE-enabled version has an 1800 mAh battery while the version with no LTE comes with a 1500 mAh battery.

The Samsung Galaxy Young 2 is a smartphone for young people and teenagers. It comes with a 3.5-inch HVGA display, a single core processor at 1 GHz, 512 MB of RAM and a 1300 mAh battery. The device also has 4 GB of internal memory, a microSD card slot (up to 32 GB) and a 3 MP camera.

The Samsung Galaxy Star 2 is also a budget-oriented model that does not differ much when compared to the Galaxy Young 2. It has a 3.5-inch HVGA display, a single core processor at 1 GHz, 512 MB of RAM, 4 GB of internal memory, a microSD card slot (up to 32 GB) and a 2 MP main camera.