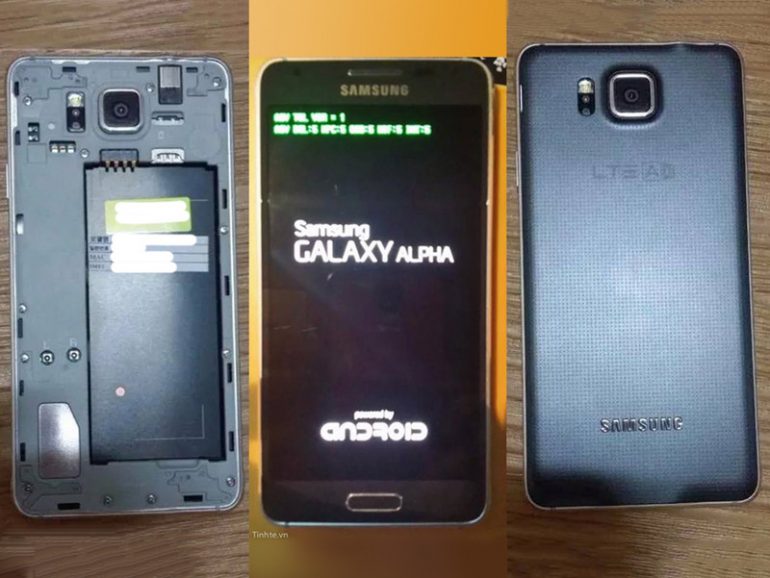 The specs of the elusive Samsung Galaxy Alpha smartphone have finally appeared online thanks to Samsung, which has officially confirmed them. The upcoming device has been in the news for a long time recently, drawing attention with a rather peculiar feature, namely a metallic chassis. Until this moment, however, no one really knew what the Galaxy Alpha was and what it had inside.

Now the secrecy around the smartphone is gone – Samsung has had a closed presentation of the device in Moscow, Russia. The specs shared there have also been seen in Brazil so we have every reason to believe that they are the real thing and that no other changes will occur. Here’s what to expect – the Samsung Galaxy Alpha will have a 4.7-inch Super AMOLED display that works at 1080 x 720 pixels, which is in contrast to the more popular resolution of 1280 x 720 pixels. The device will be based on an eight-core Samsung Exynos processor that runs at 1.3-1.8 GHz and there will be 2 GB of RAM, 32 GB or 64 GB of internal storage (depending on the version chosen), two cameras – one front at 2.1 MP and one rear at 12 MP, a GPS system, Bluetooth 4.0, USB 3.0, a 4G modem and a 1860 mAh battery. Unfortunately a microSD card slot is not provided.

The Samsung Galaxy Alpha will be running Android 4.4 KitKat and will be on the market in mid-September. Pricing was not disclosed, though.