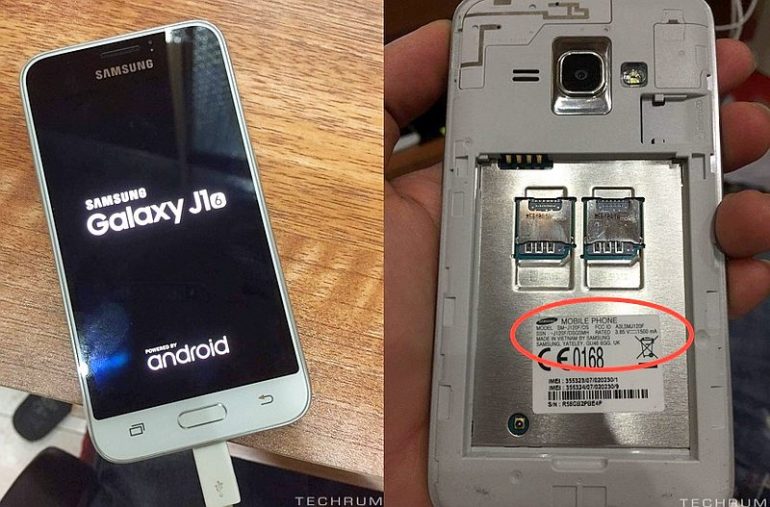 The fact that Samsung is working on a new Galaxy J1 model is nothing new – there’s been information on the device on the Internet for weeks now but until this moment we haven’t had a picture of the upcoming device. Well, here it is now.

The device is expected on the market any time soon since it was certified by the US FCC last month. In any case the smartphone will be in stores in 2016 so this is the reason it will be known as Galaxy J1 2016. According to reports, the smartphone will come with a 4.5-inch display that will work at 800 x 480 pixels. Inside the Galaxy J1 2016 will be powered by an Exynos 3457 quad-core processor at 1.3 GHz with Mali-T720 graphics and 1 GB of RAM. In addition to this the smartphone will have 8 GB of internal memory, support for two SIM cards and Android 5.1.1 Lollipop. The camera combo will not be changed, however, so the new Galaxy J1 will have a 5 MP shooter in the back and a 2 MP front camera for selfies. Nevertheless – the Galaxy J1 2016 will be a significant update compared to the original J1, which came with a 1.2 GHz dual-core processor, 512 MB of RAM, a 4.3-inch display, a single SIM card slot only and Android 4.4.4 KitKat.

The price of the new handset has not been unveiled just yet but we do not expect this budget-oriented smartphone to cost too much.