Samsung has officially introduced the latest offerings to the Galaxy Y lineup. The new smartphones are two and they both feature dual SIM card support and Android software.

The first newcomer – the Samsung Galaxy Y Duos strongly resembles the standard Samsung Galaxy Y. It comes with a larger 3.14-inch display with QVGA resolution at 243×320 pixels. The phone is run by a 832 MHz processor. On the back there’s a 3-megapixel camera. The smartphone also comes with 3G connectivity with HSDPA and there’s also a microSD card slot that accepts microSD cards with capacity of up to 32 GB.

The second offering – Samsung Galaxy Y Pro Duos comes with a smaller 2.6-inch display that supports WQVGA resolution of 400×240 pixels. The main difference compared to the Samsung Galaxy Y Duos is the presence of a full QWERTY keyboard. The rest of the specs are the same. 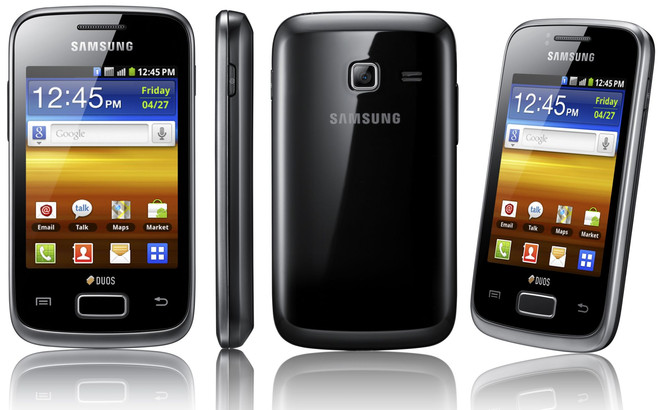 The two handsets will make their official store debuts in January next year in Europe, Russia, Latin America, Asia, Africa and China.