Samsung’s new F line of high-end smartphones may get its first member soon with the company having plans to start the sales of the Galaxy F smartphone in March 2014. The interesting thing about this device is that it will come with a completely metallic chassis that will likely be used in the upcoming Samsung Galaxy S5 smartphone with both devices appearing by the end of January 2014.

The upcoming Samsung smartphone will run Android but the version of the mobile OS used is still unknown. By the way the same can be said about the pricing of this smartphone, which does not promise to be cheap. 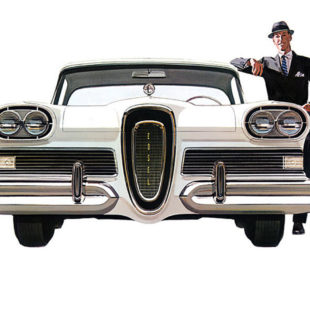 Why the Edsel project was a complete disaster? Here's some vital info!

Not Enough Brands – Enter the Edsel During the 1950s, Chevrolet was the best-selling car in the World. The total production number for this single brand, just one of General Motors 6 brands, stood at 13.5 million vehicles. In second place was Ford, but the entire company sold just 12.5...

Two new Satellite models was added today from Toshiba to their laptop line-up, the new machines are suitable for daily routine work and will be available in the fourth quarter of 2010 throughout Europe, Middle East and Africa. The Satellite C660 and his brother Pro C660 weigh around 2.54 kg...

A few weeks after the successful launch of the first high-end desktop Maxwell models – the GeForce GTX 980 and GTX 970, NVIDIA has presented the mobile equivalents of these chips that quite naturally carry the GeForce GTX 980M and GTX 970M brand names. Unfortunately for some gamers on the go and...