Samsung presents Galaxy A5 and A3 smartphones 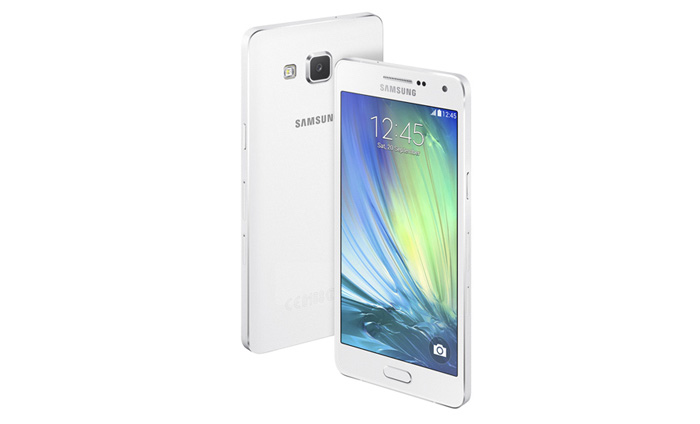 The Korean smartphone maker Samsung has presented its latest smartphones – the Galaxy A5 and the Galaxy A3. The smartphones target people who actively use social networks and come in several colors, likely limited by region – Pearl White, Midnight Black, Platinum Silver, Soft Pink, Light Blue and Champagne Gold.

The Galaxy A5 is not your ordinary smartphone, though. The device comes housed in a metallic chassis that is not only sturdy but also very thin. The chassis measures 139.3 x 69.7 x 6.7 mm which makes it as thin as the already launched Samsung Galaxy Alpha smartphone. The new Samsung product comes with an unnamed quad-core chip at 1.2 GHz, 2 GB of RAM and 16 GB of internal memory. A microSD card slot allows you to expand the internal memory capacity with cards up to 64 GB in size. The main feature of the smartphone is a 5-inch Super AMOLED display at 1280 x 720 pixels; apart from this it also has a rear 13 MP camera and a front 5 MP camera. The device supports 802.11n Wi-Fi, 3G and LTE, Bluetooth 4.0 and NFC (LTE version only). A 2300 mAh battery provides power to the device that weighs 123 grams and runs Android 4.4 KitKat.

The new Samsung smartphones should be on the market in November. No word on pricing as of now.