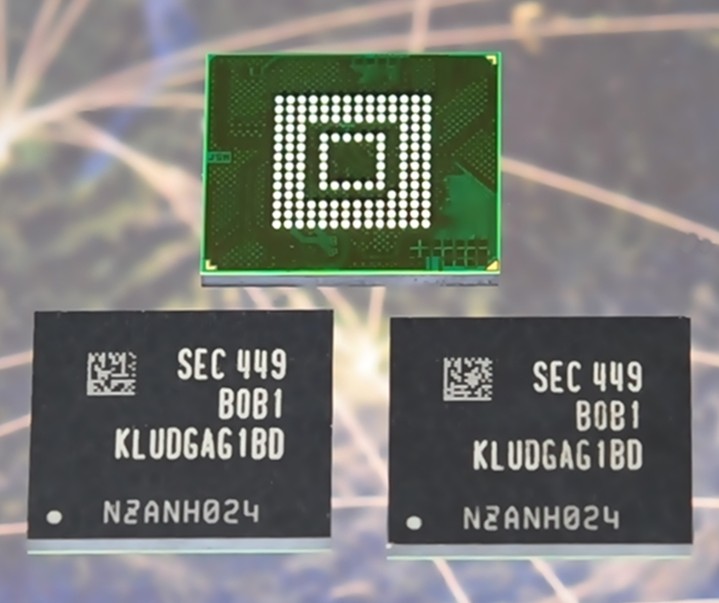 The leading memory maker Samsung has announced it now mass produces the industry’s first 128 GB embedded memory based on the anticipated Universal Flash Storage (UFS) 2.0 memory standard for next generation smartphones. The new memory happens to be the world’s most advanced next-generation UFS 2.0 flash memory.

“With our mass production of ultra-fast UFS memory of the industry’s highest capacity, we are making a significant contribution to enable a more advanced mobile experience for consumers,” said Jee-ho Baek, Senior Vice President of Memory Marketing, Samsung Electronics. “In the future, we will increase the proportion of high-capacity memory solutions, in leading the continued growth of the premium memory market.”

The new UFS memory provides excellent performance and capacity thanks to a number of important technological advancements that include Command Queue – a technology that accelerates the speed of command execution in SSDs through a serial interface, significantly increasing data processing speeds compared to the 8-bit parallel-interface-based eMMC standard. As a result, Samsung UFS memory conducts 19,000 input/output operations per second (IOPS) for random reading, which is 2.7 times faster than the most common embedded memory for high-end smartphones today, the eMMC 5.0. It also delivers a sequential read and write performance boost up to SSD levels, in addition to a 50 percent decrease in energy consumption. In addition, the random read speed is 12 times faster than that of a typical high-speed memory card (which runs at 1,500 IOPS), and is expected to greatly improve system performance. When it comes to writing the new memory reaches 14,000 IOPS, which is 28 times faster than a conventional external memory card, which makes it capable of supporting seamless Ultra HD video playback and smooth multitasking functions at the same time for much improved mobile experience.