The Star II has 3-inch (240 x 480) touchscreen with Samsung’s TouchWiz 3.0, that will allow you fully customization of the home screen and widget bar, also comes equipped with preloaded social networking applications such as Facebook and Twitter, multi IM 2.0 which offers users an easy way to keep in touch with friends across instant messaging platforms including Facebook chat, Yahoo Messenger, Gtalk, and AIM, plus upgraded QuickType for faster and easier way to input text. The phone also offer WiFi connectivity, MicroSD card support and a3.2 megapixel camera to capture your precious moments. 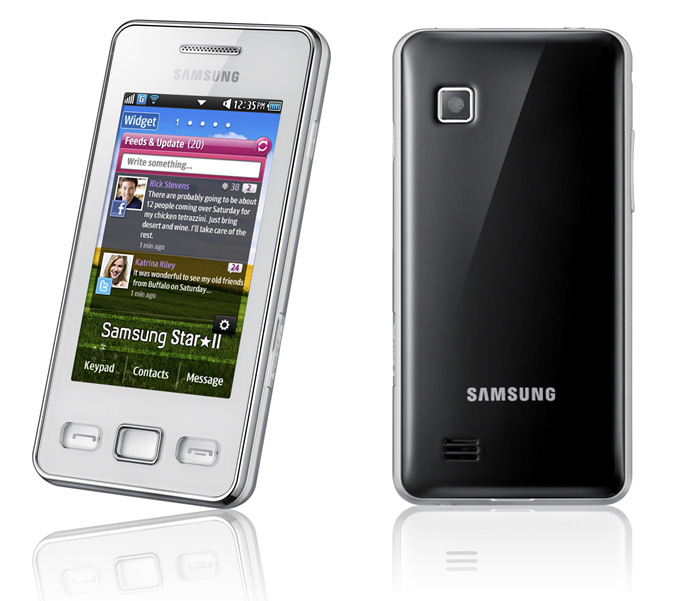 The handset supports Samsung’s Social Hub, that enables contact integration between your phone and your social networks and gives you access to all of your social media accounts within the same interface. The Samsung Star II will be available from February in Germany followed by other European countries, CIS, South America, India and Middle East. 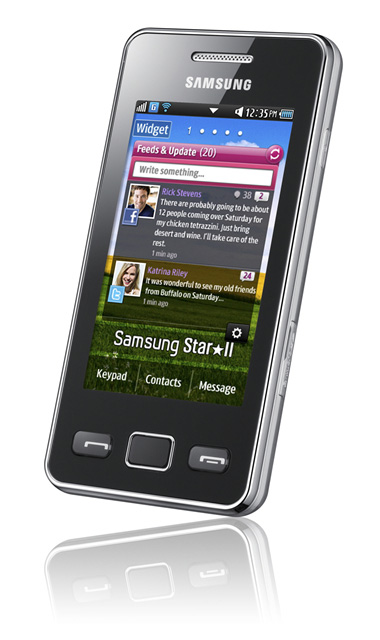