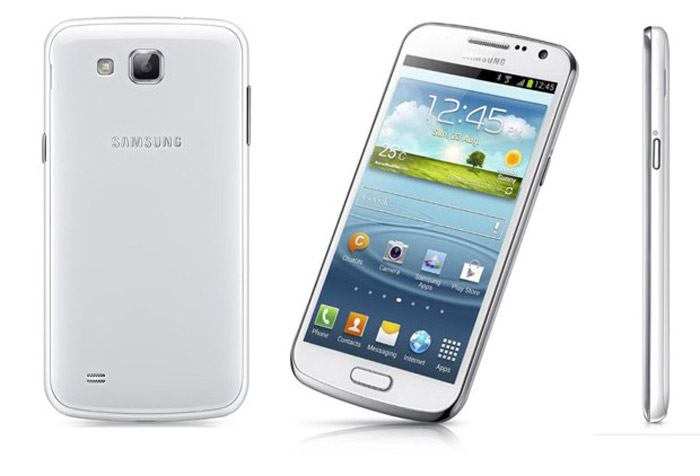 Samsung’s Galaxy Premier smartphone has finally debuted into this world. Long rumored the smartphone has been officially presented and a long list of nice specs follows.

The Galaxy Premier offers its customers a 4.65-inch HD Super AMOLED display with resolutions of up to 1280 x 720 pixels. Inside the smartphone boasts a 1.5 GHz dual-core TI OMAP 4470 processor with 1 GB of RAM, 16 GB of storage, an 8 MP camera, NFC, Bluetooth 4.0, Wi-Fi, a microSD card expansion slot for cards with capacities of up to 64 GB and a 2 MP front camera.

Other features include S Beam, Direct Call, Pop-Up Play and S Voice. The smartphone runs Android 4.1 Jelly Bean right out of the box.

The Samsung Galaxy Premier will hit the market next month. Strangely enough Russian customers will get it first with worldwide availability expected later on. Pricing is sadly unknown.