An information leak close to Sony has revealed that the acclaimed Japanese company works on a new high-end smartphone – the Xperia Z2, which will debut sometime next year and will battle the upcoming Samsung Galaxy S5 smartphone.

The preliminary information says that the Xperia Z2 will come in an aluminum chassis that will support the IPX5, IP5X and IPX8 certificates making the smartphone dust and waterproof. The high-end device will also have a Qualcomm Snapdragon 800 processor with four cores, integrated Adreno 330 graphics and integrated support for 4G LTE. The Xperia Z2 will also offer a large 5.5-inch sensor display with 540 ppi, 3 GB of RAM, a 20.7 MP rear camera with support for 4K video recording, a front 2 MP camera with an Exmor R sensor and a powerful 3500 mAh battery.

Intel Introduces Core i7, Xeon 3400 and First Core i5 Processors

With summer 2013 coming (in the Northern hemisphere at least) the Japanese camera maker Nikon has announced the Coolpix S31 rugged digital camera suitable for anyone who likes going out in nature. The Nikon Coolpix S31 is based on a 10 MP sensor, NIKKOR lens with 3x optical zoom, a... 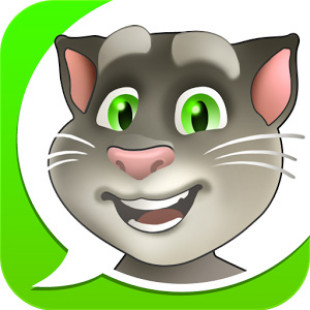 The apps that you can find on Google Play offer numerous activities including the one to have a virtual pet at home. One of the most popular ways to do that is to download the My Talking Tom game that has become so successful it has sprung up many other Tom apps. Tom’s Messenger is one such...