Last week we informed our readers of the availability of Sony’s flagship – the Xperia GX – in Japan but guess what – the smartphone, formerly known as Hayabusa, will be known as Xperia TX around the world with the GX name being kept for the Japanese market.

The name change will add confusion to the product for sure so just know that the Xperia GX and Xperia TX are the same device. In addition to the Xperia TX Sony will debut a new smartphone – the Xperia T – with both devices being unveiled at a pre-IFA 2012 event on August 29 this year.

The Sony Xperia TX (most likely indicating a slightly more stacked model than the “T”) is equipped with a 4.6-inch display with resolution of 720 x 1280 and a pixel density of 319 ppi. 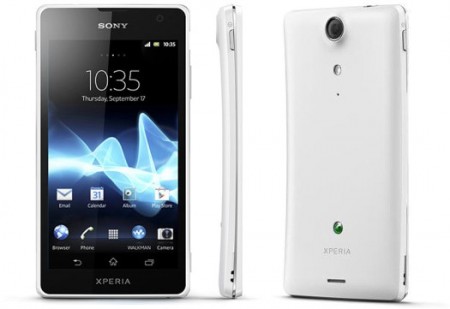 The smartphone will be powered by a dual-core 1.5GHz Qualcomm MSM8960 Snapdragon S4 processor. Also the phone features 1 GB of RAM, 16 GB of on-board storage and a microSD card slot for expansion cards with capacities of up to 32 GB. A 13 MP camera on the back captures video in 1080p and there is a 1.3 MP front facing camera for video chat and self portraits. The device will run Android 4.0 and will be powered by a 1700 mAh battery. LTE support is also in the package.

There’s no information on the Xperia T though.