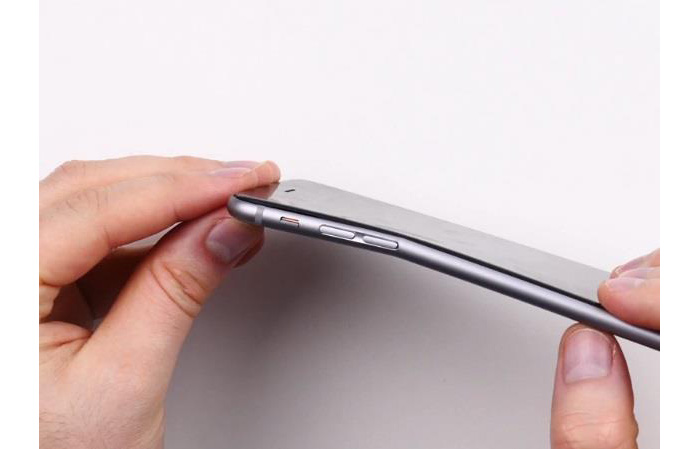 In the past few days Apple has been riding high on its latest successes, one of which is having sold more than 10 million iPhone 6 smartphones in just three days. But the happy period is over for sure as the company now faces some serious issues.

The first issue seems to be a major one – thousands of new iPhone 6 owners have complained online that the new phone is simply not sturdy enough thanks to a strange issue – it easily bends. Many people have published photos of new already bent iPhone 6 smartphones and the pictures do look sad. In addition to that owners claim the phones have not been subjected to extreme pressure or the like. It appears that the aluminum chassis is to blame for this design flaw that seems to affect the smartphone at the top end near the volume buttons. Some users have said that the iPhone 6 they own bent after just 18 hours of usage.

The other major issue is a software one – after releasing iOS 8.0 a few days ago Apple quickly published an update – iOS 8.0.1, which solves some issues. The problem with the update is that despite solving certain problems, it creates new ones. Owners of devices, running iOS 8.0.1 complain of losing network connections, inability to make phone calls and Touch ID sensor issues. Due to these complaints Apple has withdrawn the software update.

While it is really hard to un-bend your iPhone 6, you can fix the software problem you may have with iOS 8.0.1 – simply use iTunes to downgrade to iOS 8.0. To do so you have to download the iOS 8.0 image file and then use it to take your device back to iOS 8.0.