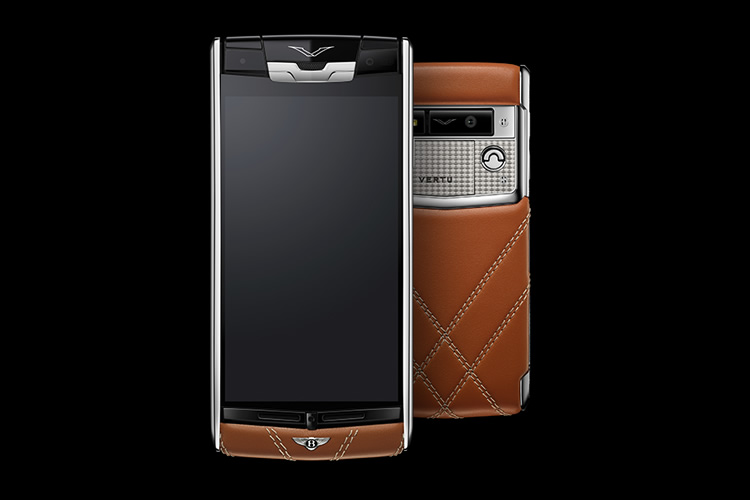 The British luxury smartphone maker Vertu has teamed up with Bentley to release the all new Vertu for Bentley smartphone, which as the name of the device suggests, is a high-end luxurious device.

The Vertu for Bentley will be a limited edition smartphone and only 2000 pieces of it will be made. The device will be commercially available at Vertu boutiques later this month where the smartphone will sell for EUR 12500.

Let’s see what this money gets you – the smartphone sits in a titanium chassis that is covered by fine quilted calf leather. Inside it has a Qualcomm Snapdragon 801 processor with four cores that run at 2.3 GHz, Adreno 330 graphics, LTE, 2 GB of RAM, 64 GB of internal memory, rear 13 MP and front 2 MP cameras, 802.11ac Wi-Fi, Bluetooth 4.0, NFC and a 2275 mAh battery. The smartphone also sports a 4.7-inch IPS display at Full HD resolution, covered by sapphire glass.

The Vertu for Bentley runs Android 4.4 KitKat and comes with exclusive Bentley content that includes various articles and driving routes for your shiny Bentley.