A new online rumor claims that the Chinese smartphone maker Xiaomi is working on a new handset that will directly compete with Apple’s new iPhone SE smartphone.

According to the rumor Xiaomi’s device will be called Xiaomi M2 SE and will come with a 4.3-inch display that works at 1280 x 720 pixels. The other tech specs of the M2 SE include a Snapdragon 820 processor, 3 GB of RAM and 32 GB of internal memory. As to the cameras inside the M2 SE, expect to get a 13 MP rear camera with a Sony IMX258 sensor. The device also has a fingerprint reader, a 2350 mAh battery and support for Quick Charge 3.0.

The upcoming Xiaomi M2 SE smartphone will resemble the flagship Mi 5 smartphone specs-wise and on the outside. The new smartphone is expected in June of this year for a price of around USD 275. 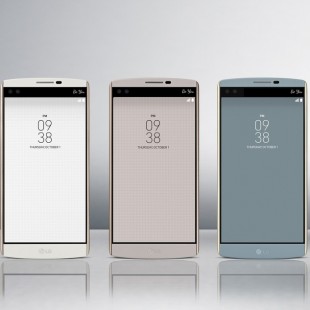 LG has officially introduced the V10 smartphone, which was leaked a while ago. Back then the device was rumored to have two displays and in reality it has them! The new V10 handset is the first in the new LG V series of smartphones and the major feature of this premium device is the secondary...

NEC Display Solutions of America, a leading stand-alone provider of commercial LCD displays and projectors, announced today the NP4100 professional installation projector, which is designed to take on the most demanding integration projects. This powerful NP Installation Series model is intended...

Microsoft Corporation has launched a new company live tech support web site that users can rely on 24 hours a day, 7 days a week. The site named AnswerDesk.com has the same name as Microsoft’s in-store help desk and aims to provide “premium” support to those people having problems with Microsoft...