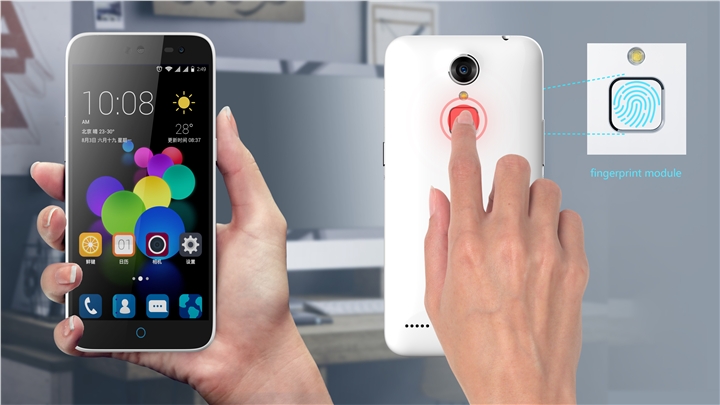 The Chinese smartphone maker ZTE has announced the new Blade A1 smartphone, which is perhaps the world’s cheapest smartphone that comes with a fingerprint sensor. The device costs just USD 94 but for this money you also get other hardware goodies so we are not talking about a cheap smartphone here that has nothing to boast with.

The Blade A1 offers a 5-inch display at HD resolution (1280 x 720 pixels), a quad-core MediaTek MT6735 processor at 1.3 GHz, 2 GB of RAM, 16 GB of expandable internal memory, a 13 MP rear camera, an 8 MP front camera, support for LTE, a 2800 mAh battery and Android 5.1 Lollipop under ZTE’s MiFavor 3.2 user skin. The smartphone supports a second SIM card but if you use one, then you will not be able to add a microSD memory card as they both use the same slot. This is definitely a disadvantage but this trend has been slowly making its way through new smartphones so let’s hope it remains a limited one. Nevertheless, for USD 94 the ZTE Blade A1 is a really impressive smartphone, don’t you think?

The new Blade A1, which measures 142 x 70.2 x 8.9 mm, will be available in Smart White, Dream Green, Space Grey, Cool Blue and Vibrant Yellow colors when it becomes available on December 11 but chances are it will be sold in China only at first. It remains to be seen whether we will see the Blade A1 around the world and if we do, this will be very nice.