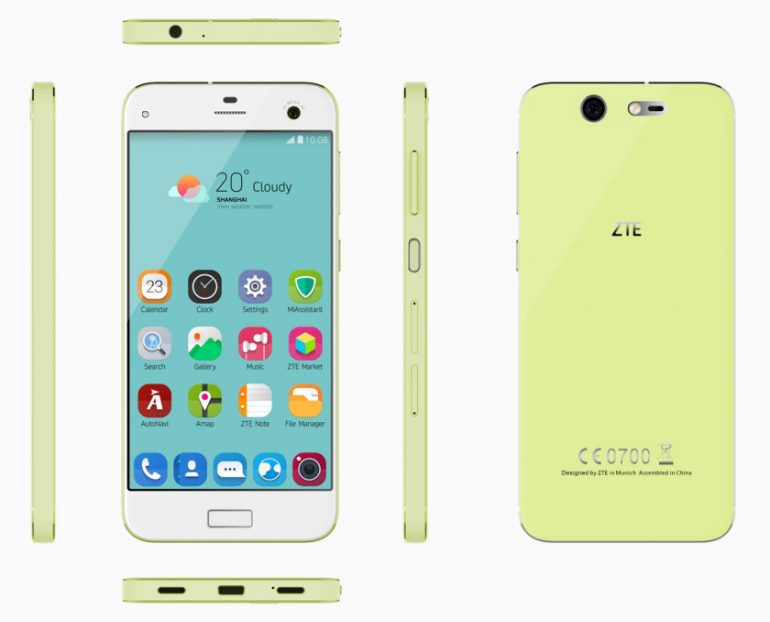 ZTE has surprised both the smartphone world and competitors by announcing a new handset called Blade S7. The device supersedes the Blade S6 smartphone, which was released in January 2015, and comes with various new features and a new very elegant shape.

The Blade S7 features premium materials only unlike the Blade S6, which had a plastic chassis. The new handset has 2.5D Gorilla Glass on the display and the same material for the back of the smartphone and all this is sealed in an aluminum chassis that has a 72.1 per cent screen to body ratio. The rectangular Home button here also acts as a fingerprint scanner that can also control several applications and encrypted files through pre-saved gestures. The new ZTE Blade S7 has a 5-inch LCD display that works at Full HD resolution and sports a fast Snapdragon 615 processor, 32 GB of internal memory, 3 GB of RAM and dual 13 MP cameras with face detection autofocus, a LED flash light and 14 beautification options.