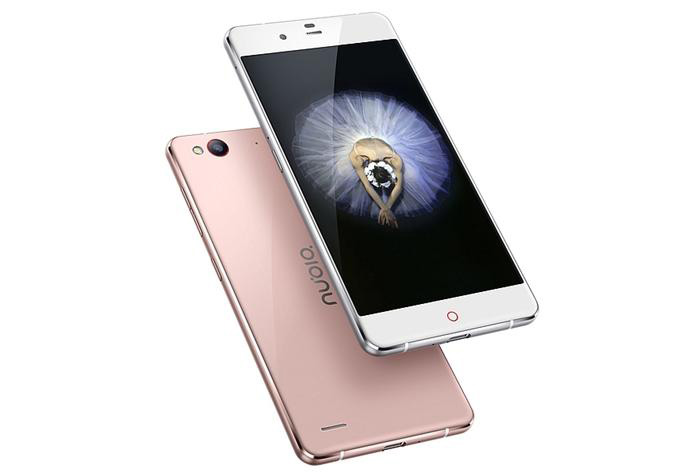 The Chinese smartphone maker ZTE has announced the new Prague S smartphone. The new device upgrades the already launched My Prague handset but keeps the same dimensions and even looks.

The new Prague S comes with a 5.2-inch Super AMOLED OGS display at Full HD resolution (1920 x 1080 pixels) that features 2.5D arc Corning Gorilla Glass 3 protection and sports an 8-core 64-bit Qualcomm Snapdragon 615 processor with four cores running at 1.5 GHz and the other four at 1.0 GHz. The smartphone also has Adreno 405 graphics, 3 GB of LPDDR3 RAM memory, 64 GB of internal memory that can be expanded via a microSD card slot (up to 128 GB for the memory card), a 13 MP rear camera with a LED flash and an aperture of f/2.2, an 8 MP front camera with an aperture of f/2.4, support for LTE/Bluetooth 4.0/Wi-Fi 802.11ac, a 2200 mAh battery with fast charging and finally Android 5.1 Lollipop that runs below the Nubia 3.0 user’s interface.

The new smartphone measures 148.2 x 72.5 x 6.8 mm and weighs 135 grams. The device is now available for pre-order in China in two colors – Silver and Rose Gold. The Prague S costs USD 360 or USD 380, depending on the connectivity options included. We kind of have the feeling that the cheaper version lacks support for 4G LTE and/or 802.11ac Wi-Fi but we cannot confirm this.

The Prague S will be in stored on January 23 this year.