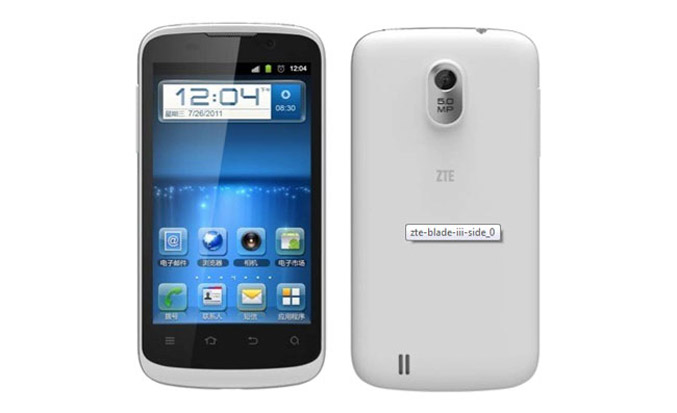 The Chinese smartphone maker ZTE has shared some details on the upcoming third generation Blade smartphone.

The Blade III will be a budget-oriented smartphone and hence will boast a low price but that does not mean it will come with meagre specs. You can’t expect to find the best there is in the Blade III, but ZTE says the smartphone will offer Android 4.0 Ice Cream Sandwich, a 5 MP camera with autofocus, Wi-Fi, 1 GHz Qualcomm MSM 7227A processor, DLNA, a 1600 mAh battery and 2.5 GB of on-board storage – it may seem too little but the second generation of the Blade had just 200 MB of space, so that’s a nice jump – and if need arises you can add a SD card with capacity of up to 32 GB.

Strangely enough the smartphone will appear first in Sweden and Finland with Finland getting a white version this month and Sweden getting a black version in October.

Worldwide appearance is expected later on. The Blade III will sell for 140 GBP or close to that.