ZTE is one of several Chinese smartphone makers that design and then produce some very interesting smartphone models but in the past few months the company has almost been absent from this market. This can change with a new ZTE smartphone that is on its way to us. The device is called Nubia Z11 and rumors claim it will have an all new bezel-less design and a curved screen.

The upcoming Z11 will have an innovative technology called arc Refractive Conduction (aRC), which will help with hiding the edge of the display. The device may also use ZTE’s patented Frame interactive Technology (FiT) for advanced gestures over the said area. The Nubia Z9 used this technology and showed us what it can do but we expect the Z11 to have an improved version of FiT. In addition to this the Z11 is expected to have a 5.2-inch sensor display at QHD resolution and Qualcomm’s new SoC – the Snapdragon 820. The smartphone will offer 4 GB of RAM, 128 GB of onboard memory, an impressive 20.7 MP rear camera with a dual-tone LED flash and a 13 MP front shooter. The metal back of the handset will also house a round fingerprint reader.

The upcoming ZTE Nubia Z11 is expected to arrive sometime in H1 2016, which is the same time period when the Snapdragon 820 will be with us. No word on pricing as of now.

Steve Jang, CEO of Schematic Labs, announced in Paris, France the arrival of SoundTracking for Android devices. This move represents an expansion of the social music service with more than one million users to date to Android smartphones. SoundTracking has quickly become the most... 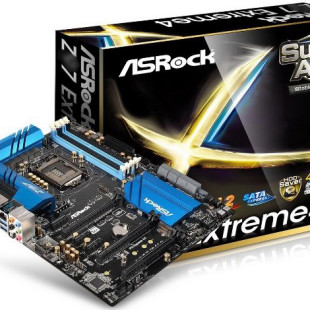 The new crop of Intel Haswell processors called “Haswell Refresh” have been in the news for months so they are hardly something new. In addition to that the new chips will not bring any architectural improvements as they are just faster versions of the current Haswell chips that are on the...