Things I already love (and hate) in Windows 10 for Phones 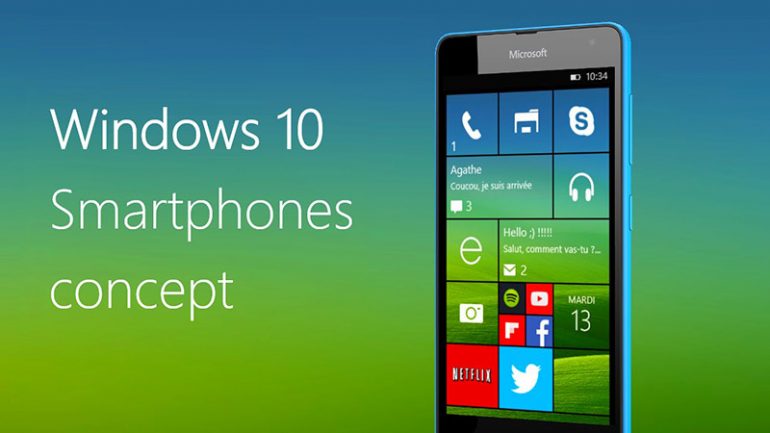 Microsoft has recently released its first technical preview for Windows 10 on smartphones. The initial release became available for a handful of devices at first (although hackers have found a way to install it on any device – you can imagine the result), but it already gives a hint about how the OS will work and feel on your smartphone. Let’s see a few things introduced to the new mobile Windows that we love – or hate.

When I swipe down from the top of my phone screen, the notification area appears. It has four slots (or buttons, as you wish), which are home to four quick settings – WiFi, Bluetooth, internet sharing and rotation lock (which I hardly ever use), along with a shortcut to all the other phone settings. The new Windows 10 notification area will increase the number of these shortcuts to 10, out of which 4 will be available for user settings.

A much more welcome improvement is the way some notifications act. If you get a message, even when in a game, you can quickly reply to it or dismiss it without the need to switch to the associated app. This function is only available for the phone’s messaging system at this moment, but it might be expanded to emails, Twitter messages and more in the future releases. Another good thing about the notifications area is that you can now dismiss individual notifications, not just groups of them like in Windows Phone 8.1. This way important texts and emails are always at hand.

Windows 10 will be inhabited by Microsoft’s smart digital assistant Cortana. With that, we get the opportunity to interact with other parts of our phone using our voice. Voice to text transcription is only available in the US at this time, but it works in the most unexpected places – even text inputs on websites.

It remains to be seen which languages the text-to-speech technology will support. Judging by how well Microsoft’s Translator app works, it will make do with most of them. I wonder if it will work in my favorite microgaming online casino.

Windows Phone 8.1 does not have its built-in file manager, but Microsoft provides its users with a separate app that does the trick. This feature will come as a built-in feature in Windows 10, allowing users to copy, move and delete individual files on their phones. Which is a good thing.

The new Windows for smartphones has an improved Photos app, a new calculator and some other flashy things that showcase the new menu system of the OS, saving us from excessive swiping when navigating inside them.

Microsoft has released an app called “Gestures” through the Phone Store, which is currently in the beta testing phase. The app allows users to answer the phone by placing it to their ear, put the call on speaker by putting the phone on a flat surface with its screen up, and to mute the call by putting the phone down with its screen down. I really hope these features find their way in Windows 10, as they can be incredibly useful.

Other features I would like to see in the new Windows 10 release: stopwatch and countdown times, native support for PDF and e-book formats, a better music player, a better browser with support for extensions, and more customizable shortcuts.