”The HDMI Consortium recognizes the importance of standardized 3D formats for movies, gaming and broadcast content and the need for non-adopter companies and organizations to have access to that portion of the HDMI Specification,” says Steve Venuti, president of HDMI Licensing, LLC. “As the mainstream adoption of 3D is gaining momentum and content providers define and expand their 3D roadmaps, HDMI is ready to support this major market development.” 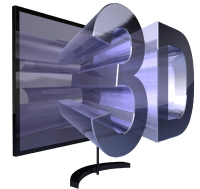 Things to Know about Car Insurance

For more information about the HDMI specification please visit http://www.hdmi.org.