JVC today released additional technical information and revised specifications for four recently announced D-ILA home theater projectors to be available this fall. Among the four new full high-definition front projectors are two THX® Certified* models that offer a native contrast ratio of 50,000:1, the industry’s highest. The other two models achieve native contrast ratios of 32,000:1 and 30,000:1. Like current highly-acclaimed JVC projectors, all four new models achieve high contrast ratios without the use of an auto iris.

The new projectors are the DLA-HD750 and DLA-HD350, to be marketed by JVC’s consumer group, JVC Company of America, and the DLA-RS20 and DLA-RS10 from JVC’s professional group, JVC Professional Products Company. All four projectors were first announced earlier this month with lower contrast ratio specifications.

Contributing to the projectors’ superior native contrast ratio is a newly developed lens with a 16-step fixed aperture in the DLA-HD750 and DLA-RS20 that helps eliminate extraneous light that can reduce contrast levels and allows adjustment of brightness to suit user preferences. The DLA-HD350 and DLA-RS10 feature a three-step aperture. In addition, changing the structural design of the optical section from a conventional L-shape with a mirror to a straight configuration reduced light leakage. Combining this new structure with a highly efficient lamp allows the new projectors to achieve a brightness of 900 (DLA-HD750/DLA-HD20) and 1,000 (DLA-HD350/DLA-RS10) lumens.

The DLA-HD750 and DLA-RS20 are both THX Certified to ensure accurate and exceptional picture quality in the home theater environment. A trusted cinema and consumer brand, THX certification provides JVC a means to further differentiate its projectors from competitive offerings and communicate a clear message about quality to customers.

Core technologies and many of the features that earned earlier JVC projectors accolades from reviewers and users alike are also incorporated into the new projectors. But improvements in several key areas allow all four new models to deliver brighter, more intense images. What’s more, JVC has engineered an all-new chassis that is both smaller and more cost-efficient to manufacture.

Critical carried over technologies include JVC’s proprietary 0.7-inch full HD D-ILA devices and the company’s wire-grid optical engine. These will once again deliver the industry’s highest native contrast ratio, meaning that there is no dynamic iris to artificially inflate contrast specifications. As a result, the projectors simultaneously deliver true blacks and extraordinary luminance detail thanks to native contrast ratios of 50,000:1 (DLA-HD750/DLA-RS20), 32,000:1(DLA-RS10) and 30,000:1 (DLA-HD350).

JVC-developed D-ILA technology employs three (RGB) devices for a naturally rich, flicker-free picture even when there is rapid movement in the image. In addition, the optical engine with wire grid polarizers ensures precise light polarization without light leakage for true black level reproduction. Together, the D-ILA devices and the engine guarantee a smooth picture with vivid colors and high contrast.

Among key new developments is the use of the HQV Reon-VX video processor developed by Silicon Optix to ensure excellent image reproduction with precision I/P conversion and scaling. In addition, the DLA-HD750 and DLA-RS20 feature color management that allows control of colors individually by R, G, B, C, Y, or M, in three separate axes of color phase, chroma saturation and brightness. Up to three customized color settings can be stored for future use.

Also unique to the DLA-HD750 and DLA-RS20 is THX Certification. With a strict focus on image quality and signal processing performance, THX certification promises that the HD750 and RS20 are capable of presenting a wide range of video content at maximum resolutions with the correct color and luminance levels. In addition, THX has created a battery of signal processing tests that challenge the projector’s scaling, motion conversion and de-interlacing capabilities. This type of in-depth analysis predicts how the HD750 and RS20 will present a variety of high definition and standard definition content.

The JVC HD750 and RS20 will also feature THX Movie Mode, a pre-calibrated video setting for watching movies on DVD, Blu-ray HD or broadcast television. This playback feature is designed to recreate the cinema experience at home by setting the display’s gamma, luminance, color temperature and other settings to mirror those used by filmmakers in post-production. THX Movie Mode also ensures projector brightness is optimal for large screen viewing.

Features shared by all four new projectors include:

High-performance 2x motorized zoom lensA new high-performance 2x zoom lens with motorized focus, zoom and shift features a large diameter, all-glass lens system with 17 elements in 15 groups that includes an ED lens to project a full HD image with exceptional depth. In addition, a unique automatic lens cover opens when the projector is powered up and closes when powered down to protect against dust.

Customized on-screen gamma control Manual adjustment of the gamma curve is possible via an on-screen display, allowing the viewer to adjust projector luminance levels by either increasing contrast in scenes that are too dark or dimming washed-out scenes to ensure precise brightness levels suited to individual preferences. Up to three settings can be adjusted and stored for future use.
Flexible set-up Setup is easy with the ±80 percent vertical and ±34 percent horizontal motorized lens shift function that allows the projected picture to be moved horizontally or vertically via the remote control.

Other features include an external 12-volt trigger (not available on the DLA-HD350) that can be used to automatically raise and lower a screen or draw curtains, or it can be linked to engaging the V-Stretch mode and move an optional anamorphic wide screen lens system into place.

The DLA-RS10 and the DLA-RS20, available in a pearl black finish, will be available from JVC Professional Products Company in November for less than $6,000 and $8,000, respectively, and will be part of the company’s Reference Series high end projector line.

The troubled Japanese company Olympus will release M. Zuiko Digital ED 12-50mm f/3.5-6.3 EZ lens for the Olympus PEN camera. The new lens will be based on micro four thirds system (MFT). Size will be 24-100 mm on a 35 mm camera. The new camera lens is resistant to dust and water and offers an...

Although the hard drive crisis sparked renewed interest toward SSDs, the price you have to pay in order to get one is still too high for most users. Intel will try to remedy the situation by releasing new budget-oriented solid-state drives that belong to the Intel 330 SSD line. Sporting... 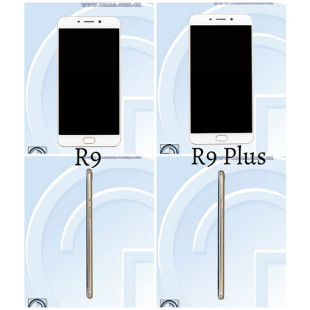 The Chinese smartphone maker Oppo will present the new R9 smartphone at an event on March 19. Previously it was thought that the device would be a high-end smartphone but now it turns out that it will be just a mid-range handset. Thanks to its TENAA certification we now know the tech specs of...