These models, which represent the third in the series of Blu-ray equipped AQUOS LCD TVs, feature next-generation LCD panels that employ Sharp’s proprietary UV2A photo-alignment technology and LED backlight system that enables precise control of light output to deliver superb image quality with a cinema contrast of 5,000,000:1. In addition, these models offer high energy efficiency that results in the industry’s lowest level of energy consumption, with annual power consumption 30% lower than previous models. 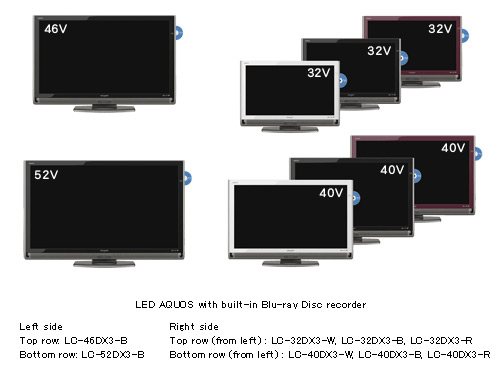 Further, in addition to the convenience expected from the “all-in-one” integrated design, including simple and easy recording to Blu-ray Disc and playback of Blu-ray Disc and DVD titles, these models feature even more sophisticated recording functions, such as an extended recording time of up to 36 hours of full-HD video programming on a single Blu-ray Disc. 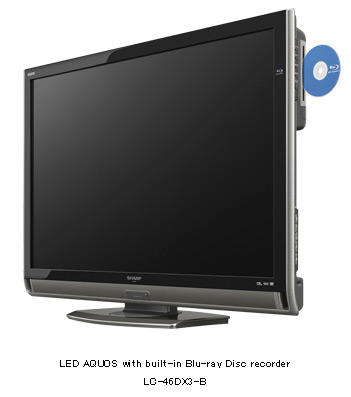