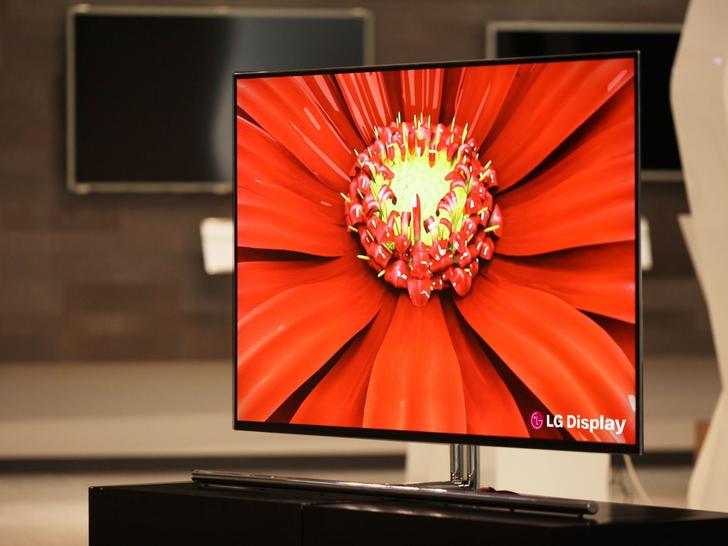 The South Korean company has announced the successful development of the world’s largest OLED TV panel that comes at full 55 inches.

The company described the invention as “a significant step forward” for the entire screen technology.

Organic light emitting diodes bring several benefits over more traditional screen technology (thinner, lighter, more environmentally friendly) and have long been hailed as the future of televisions. Their only and most significant drawback has been price so far – although OLED screens have made it to small electronic devices, high price has kept them away from wider use – OLED TV sets for example cost a ton of cash and only come in small sizes.

This is where LG steps in. The Korean giant now hopes that its 55-inch OLED display will become popular and will finally make OLED viable for the mass market.

“Our objective has always been to actively define and lead emerging display technology markets,” said Dr. Sang Beom Han, CEO and Executive Vice President of LG Display. “Although OLED technology is seen as the future of TV display, the technology has been limited to smaller display sizes and by high costs, until now. LG Display’s 55-inch OLED TV panel has overcome these barriers.”

In addition to (supposed) lower price the new OLED screen solves some problems that this type of display has been having until now. According to LG the new panel adopts an oxide TFT technology for backplane which is different from a Low Temperature Poly Silicon (LTPS) type generally used in existing small-sized OLED panels. LG also says that the oxide TFT type that the LG display utilizes is similar to the existing TFT process, with the simple difference lying in replacing amorphous silicon with oxide. The great benefit is that the oxide TFT type produces identical image quality to high performance of LTPS base panels at significantly reduced investment levels.

The new display will also feature the so called White OLED technology (WOLED for short) that vertically accumulates the red, green and blue diodes.

“With white color light emitting from the diode, it displays screen information through color layers below the TFT base panel, which leads to a lower error rate, higher productivity, and a clearer ultra definition screen via the benefits of small pixels,” adds LG.

Apple Watch has a problem

The new panel will be featured at CES 2012. Unfortunately pricing is still unknown but CES 2012 is expected to shed some light on this very important question.