LG’s ambitious new product line offers a brighter and clearer screen than competing products thanks to backlighting that employs a total of 3,360 LEDs –- seven times more than existing edge-lit LED TVs. LG’s full LED LCD models also features a 5,000,000:1 contrast ratio through enhanced dimming technology that divides the screen into 240 blocks. And with a refresh rate of 240 Hz, these TVs maintain a vibrant, smooth image even during fast-paced action scenes.

LG’s newest ultra-slim full LED LCD TVs employ patented technology that helps keep the overall chassis thickness down to just 24.8mm. This proprietary technology allows the LEDs to be spread-out horizontally and minimizes the distance between the LEDs and the screen. Another innovation offered for the first time in the new LED LCD TV is the enhanced wireless feature which eliminates the need for image compression. Content can be sent from DVD players, game consoles or home-theater units wirelessly without any degradation. 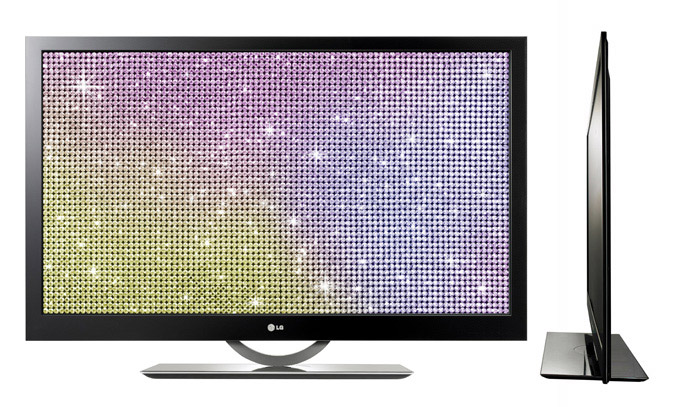 LG plans to aggressively expand the LED LCD TV business and is aiming for three to four million unit sales next year. Three different models of full LED LCD TVs will be offered to suit different market segments. The ultra-slim model will be positioned as the premium product with additional products in this category being announced later this year. The company will unveil less expensive 42-inch and 47-inch full LED LCD TVs by the end of the year without the ultra-slim feature.

LG is forecasting that the global LED LCD TV market will grow to 30 million units by next year and to 68 million by 2011, up from 3.1 million this year. LG is aiming to become the world’s second biggest seller of LCD TVs and predicts that the proportion of LCD TVs that feature LED technology will also grow from 2.6 percent this year to 20 percent next year and to 40 percent by 2011.