With major 3D movie releases such as “Avatar” and “Alice In Wonderland” requiring more than 10 millions pairs of glasses to be shipped to movie theaters across the globe for each movie, the demand for 3D presentations is growing rapidly. While many theaters collect 3D glasses at the conclusion of each show, damaged glasses, or pairs not returned end up in trashcans and ultimately in landfill sites. The joint goal of Cereplast and Oculus3D is to supply biodegradable/compostable 3D glasses, thereby reducing the amount of harmful petroleum-based contaminants placed in landfills. 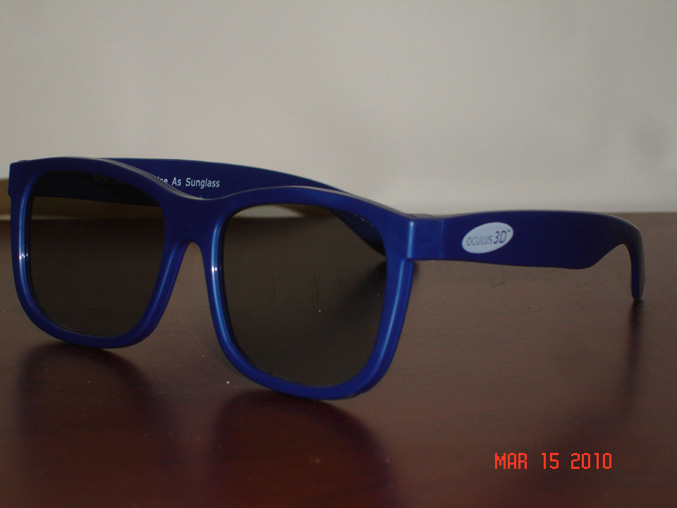 The current 3D glasses offered by movie theaters are made of traditional fossil fuel plastic and are not biodegradable. The CO2 emissions for the more than 10 million plastic glasses is equivalent to the harmful emissions generated by burning 50,000 gallons of gasoline or 917 barrels of oil. The Oculus3D eyewear will feature Cereplast’s Compostables® resin made with Ingeo® Poly-lactic acid (PLA). These resins allow for the manufacturing of glasses made of renewable material and create a truly compostable product. If discarded at a compost site, the 3D glasses will return to nature in less than 180 days with no chemical residues or toxicity left in the soil.

“We are very glad to be associated with Oculus3D, a company that understands and is concerned about the environmental impact associated with traditional petroleum-based plastic. Through the collaboration of our joint effort, we can offer the Hollywood community meaningful ‘green’ benefits requiring little effort and providing large impact,” said Frederic Scheer, Founder, Chairman and CEO of Cereplast, Inc.

“By using Cereplast’s resins in our 3D biodegradable and compostable glasses we can now help the entertainment industry reduce its carbon footprint and provide movie theaters with smarter choices for both affordable 3D systems and compatible 3D eyewear,” said Marty Shindler, Co-founder and CEO of Oculus3D.