Sony Electronics announced that it will showcase its new 3D Home Entertainment Solutions at the CEA Line Shows in New York throughout 22nd and 23rd June, 2010. The company will highlight its 3D Bravia LCD TVs, Blueray

3D Players and more products with 3D Functionality plus live-action feeds from the FIFA World Cup in South Africa produced with the profession 3D broadcast technology of Sony.

Executive Vice President and Chief Marketing Officer of Sony Electronics, Michael Fasulo, said that Sony is the only company that can capture the excitement of motion pictures and live action sports in 3D, and then deliver the enhanced consumer experience at home. He also stated that their CEA Line Shows exhibit will demonstrate how exclusive 3D content combined with advanced 3D Technology can take the viewing experience to an entirely new level.

The new line of the Sony BRAVIA 3D televisions that are on display in the largest CEA Line Shows exhibit space, offer integrated 3D functionality with the 3D Active Glasses and Built-in 3D Transmitter of Sony. Incorporating a frame sequential display and active-shutter glasses that will work together with the modern high-frame rate technology of Sony will reproduce full high-definition three dimensional images.

The Sony three-dimensional televisions will provide live feeds from the FIFA World Cup that takes place in South Africa each day at 2 pm throughout the new ESPN three-dimensional channel, expected to launch on the 11th of June.

Genius unveiled the HS-205 in-ear PC Headset for Internet Chatting and Music Listening. The in-ear HS-205 Headset can be also connected to smartphones including the Apple iPhone, HTC smartphones, Blackberry and other, in order to listen to music. The Genius HS-205 earphones will fit... 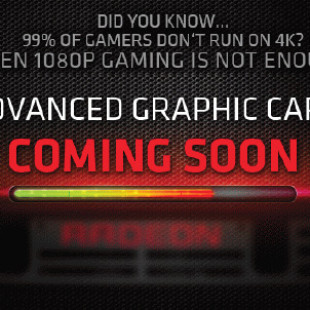 The popular video card maker Powercolor has started a new game that lets gamers win still unannounced high-end video cards. The game comes with a picture that says “The most advanced graphic card coming soon” along with a blurred picture of a Radeon video card. This strongly hints that the...

A Chinese web site has reported that AMD is very likely to release its next generation GPUs in October 2013. The new GPU line may be called Radeon HD 9000 as the company already has Radeon HD 8000 products on the market – but they only get sold to OEM partners. The new AMD...