With a focus on making photo sharing easier and more convenient, Sony today introduced the world’s first Wi-Fi® enabled digital camera that uploads photos and videos to Web sites through any public hotspot due to its built-in Web browser.

The new Cyber-shot DSC-G3 digital still camhe camera alsthrough its Web browsero makes it era answers one of the most pressing needs for photo enthusiasts: how to share those amazing photos and video clips of family, friends and events as soon as you shoot. The Cyber-shot camera makes it easy to upload images and video directly to popular photo and video sharing sites wherever a Wi-Fi connection is available. 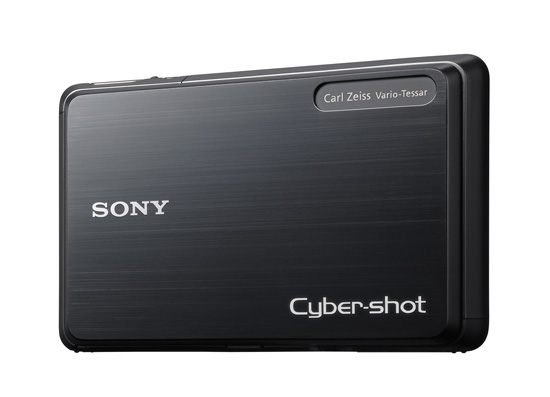 “Research shows that our customers greatly value sharing images and video clips, but they often forget or don’t have enough time if they wait to get home to upload images,” said Phil Lubell, director of digital camera marketing at Sony Electronics. “Our new Cyber-shot DSC-G3 camera provides the simplicity and convenience of sharing in the moment, while the impulse is still fresh in people’s minds.”
The camera can wirelessly connect to any public hotspot, including hotels, restaurants, coffee shops and airports. Like a computer, the camera can connect to free or fee-based hotspots, as well as to secure and unsecured access points.

“By collaborating with Sony to launch the first digital still camera with a built in Web browser and embedded access across the entire AT&T Wi-Fi service network, we’re enabling consumers to gain quick and convenient access to Sony’s Easy Upload Homepage through thousands of AT&T Wi-Fi hotspots across the country,” said Glenn Lurie, president of AT&T’s emerging device organization. “The wireless capabilities and cutting-edge features of the G3 camera with the reliable coverage of AT&T’s Wi-Fi network offers a unique consumer experience.”

Uploads Made Easy
The new camera makes it easy to connect to the Internet and upload images. By pressing the WLAN button on the camera, you can open its embedded Web browser.
After connecting to the Internet via wireless access points, the camera automatically navigates to the Sony Easy Upload Home Page, which includes direct links to photo sharing sites like Shutterfly™ and Picasa™ Web Albums; video sharing sites like YouTube™ and Dailymotion™; and a photo and video sharing site, such as Photobucket™. Also, the DSC-G3 camera allows you to access other sharing sites for uploading photos and videos through its Web browser.

Through the Sony Easy Upload Home Page, you can send e-mail notifications from the sharing Web sites to let friends and family know that you have posted new images and videos for viewing. This is perfect for sharing with loved ones that were not with you when you took the pictures or shot the videos.
When friends and family are nearby, you can use the camera to access photos you may have already uploaded to sharing sites and display them on its high resolution 3.5-inch LCD screen.
The camera supports DLNA (Digital Living Network Alliance) guidelines. By connecting to such DLNA-compatible devices as Sony BRAVIA® televisions via access points, photos in the camera can be played back with high-definition quality. In addition to BRAVIA TVs, the camera can connect to other DLNA-compatible devices, such as Sony VAIO® PCs.

In addition to its wireless sharing capabilities, the new camera is built for high-performance imaging. The 10-megapixel camera is about three-fourths of an inch thin and includes a 4X optical zoom Carl Zeiss® Vario-Tessar lens. Although compact enough to fit in the camera’s slim dimention, this lens provides excellent sharpness and color accuracy.
The Intelligent Scene Recognition™ feature automatically identifies a total of eight types of scenes — backlight, backlight portrait, twilight, twilight portrait, twilight using a tripod, portrait, landscape and macro — and automatically optimizes camera settings for each challenging shooting situation, taking an additional shot in low and bright light scenarios.

With Sony’s Face Detection technology, the DSC-G3 camera detects faces in a scene and adjusts auto focus (AF), auto exposure (AE), flash and white balance accordingly. It can also distinguish between children and adults, allowing users to to prioritize faces according to their preference .

Combining the Intelligent Scene Recognition feature with Face Detection technology, the camera includes an anti-blink function that helps make closed-eye photos a thing of the past. The camera automatically takes two shots and then determines whether the subject(s) have closed eyes. It will record images with open-eyed subjects. If both pictures have subject(s) with closed eyes, the cameras will record one and display a warning so you can try again. Sony’s Smile Shutter™ technology automatically captures a smile the moment it happens. You can use the adult or child priority setting when shooting scenes containing both adults and children, and the camera will distinguish one face from another.
The camera’s Dynamic Range Optimizer (DRO) determines the best exposure and contrast settings in almost any shooting environment, giving images a natural look with clearer details that match what you see with your naked eye. DRO also balances the contrast in scenes with strong highlight and shadow, recovering detail normally lost in shadow areas. Combining the benefits of Optical SteadyShot™ image stabilization with high sensitivity mode, Sony’s Double Anti-blur feature helps reduce camera shake blur, especially when there is low light .

The Cyber-shot DSC-G3 model is also a “photo album in your pocket” and has 4GB of internal memory that can store nearly 1,000 full-resolution or 40,000 VGA-quality photos. The 3.5-inch (measured diagonally) wide touch panel Xtra Fine LCD™ screen is perfect for photo-like viewing with high contrast and wide-angle viewing. This Xtra Fine LCD screen delivers high resolution images (921,600 dots) that is approximately four times higher than conventional LCDs.
The camera also makes it easy to sort thousands of images.  While shooting, images are organized automatically in albums by date. All images in an album can be displayed simultaneously as thumbnails on the screen, and the desired image can quickly be selected.

There are four ways to view photos: standard folder view, date view, favorites  and event view. Images can be stored and managed on both the camera’s 4GB internal memory and an optional Memory Stick® media card.
In addition to the in-camera organization and search functionality, bundled Picture Motion Browser (PMB) software allows you to quickly organize images on a compatible PC. The software lets you search and organize images by event or face, and you can display images in calendar or chronological views organized into folders.

The Cyber-shot DSC-G3 camera is now available in black for about $500. The camera and a range of accessories can be purchased online at sonystyle.com, at Sony Style® retail stores (www.sonystyle.com/retail), at military base exchanges and at authorized dealers nationwide. 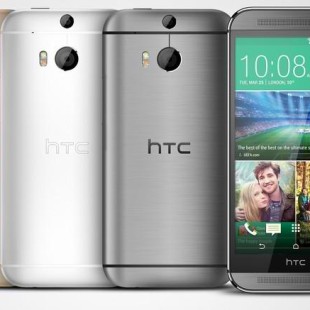 The Taiwanese smartphone maker HTC has finally presented its rumored One A9 smartphone. The new smartphone measures 145.7 x 70.8 x 7.26 mm and weighs 143 grams. The new One A9 handset looks a lot like Apple’s iPhone 6 smartphone and comes in several colors that include red, gold, white and...

Acer America, part of the world’s third largest PC company, today announced U.S. availability of the 10.1-inch Aspire One AOD150, expanding the company’s growing family of popular netbooks. The new Aspire One AOD150 comes on the heels of its highly successful 8.9-inch...

OCZ Technology Group, a worldwide leader in innovative, ultra-high performance and high reliability memory and components, today announced the expansion of its peripherals under the Alchemy line, with the introduction of the Illuminati multimedia keyboard series for advanced computing complete...