The BRAVIA VPL-VW80 SXRD™ Full HD Projector: Advanced Technical Features For The Next Step Up In Home Cinema

The core of the BRAVIA VPL-VW80 is its High Frame Rate triple SXRD™ panel array which can operate at 100 fps – double the norm – for exceptionally smooth on-screen action. SXRD delivers the full 1920 x 1080 resolution demanded by Full HD with cinematic clarity and precision thanks to its super-fine panel micro-architecture. 7µm pixels spaced just 0.25µm apart produce an image completely free from the ‘screen door’ pixel grid effect that can undermine other projection systems. The 2.5ms response time makes a further contribution to the overall impression of fluid, natural movement essential for a convincing recreation of the cinematic experience.

The projector uses Motionflow Dark Frame Insertion to deliver on the potential offered by the High Frame rate SXRD panels. Motionflow itself works by creating intermediate frames from the original video source and inserting them to double the number of images displayed every second. The unprecedented level of accuracy with which this is done ensures that what you see on the screen is a seamless, perfectly crisp and smoothly moving image.

Dark Frame Insertion enhances the effect of Motionflow. The optional insertion of darkened frames heightens the contrast and eliminates any judder – the jerky picture that can occur when the camera pans – by allowing the eye ‘space’ to blend one frame into the next. This action mimics that of actual movie projection and functions best in the darkened environment of a Home Cinema.

Contrast is central to superior picture quality, so the innate high contrast of SXRD is leveraged by Sony’s Advanced Iris 2 system to produce a super-high contrast ratio of up to 60,000:1. Advanced Iris 2 works in real time to analyse each scene and adjust the aperture dynamically to achieve the best possible picture. It prevents detail being lost to the shadows in dark scenes, while brightly lit sequences are prevented from washing out.

To ensure the best possible results, the VPL-VW80 features electronic panel alignment allowing users to achieve an exact alignment of the red, green and blue elements within each pixel. This can be done full screen or by selecting specific zones for pinpoint adjustment. The result is an image with no trace of fuzziness or colour bloom along the edges of objects.

When it comes to colour, the first stage in ensuring excellent reproduction is carried out by the BRAVIA ENGINE 2, which optimises every frame for vibrant and lifelike results. If additional adjustment is necessary, Real Colour Processing (RCP) provides a precision toolkit for getting the right results. Crucially, Real Colour Processing allows you to adjust the hue of a specific colour without changing the whole image. So if something like skin tone needs tweaking, you can do it without altering the colour of the sky or the background of the scene.

The BRAVIA VPL-VW80 provides full support for the xvYCC colour space, the new industry standard encompassing a range nearly two times wider than the existing sRGB standard. Like all Sony products with this capability, it bears the x.v.Colour sub-brand, indicating to customers that it is ready for a future where the phrase ‘lifelike colour’ will take on a new depth of meaning.

In addition, the BRAVIA VPL-VW80 also offers Deep Colour™, which increases the number of colours available within the boundaries defined by x.v.Colour from millions to billions. Again, like x.v.Colour, this readies the projector for exciting developments in the way in which colour is captured and reproduced. Right now, the best way to appreciate the effects of Deep Colour™ is with Playstation™ 3 – new games will use it to push the boundaries of realism to ever-higher levels.

Full HD images generated by the projector are built up of millions of pixels, each only 7µm across. Whilst this is key to the impressive realism of the picture, it requires an excellent lens or detail will be lost. The VPL-VW80 is equipped with the All Range Crisp Focus (ARC-F) lens which has the necessary superior resolution and focus characteristics. The lens offers a 1.6x motorised zoom and both vertical and horizontal adjustment, making it easy to set the projector up and achieve a good picture in a variety of environments. To keep the lens in perfect condition it has a motorised cover which automatically opens when the power is turned on, and closes again at power-down.

The inclusion of twin connectors with HDMI™ technology opens up another dimension for the VPL-VW80. It makes it possible to connect to video sources like Blu-ray Disc™ players which offer exact, 24 frame-per-second replication of the cinematic original. As the projector has the ‘24p True Cinema’ function, it can display films exactly as they were first recorded. By contrast, conventional transfers to DVD employ a higher frame rate and run approximately 4% faster than the original, affecting both the picture quality and the pitch of the soundtrack.

HDMI™ CEC technology also allows control of multiple devices from a single remote in a process called BRAVIA Theatre Sync. One Touch Play lets you insert a disc and press Play, at which point the whole Home Theatre system, including the projector, powers up automatically and the film starts. Conversely, System Stand-By shuts down all HDMI-connected elements of the system at a single press of the Power/Standby button on the remote.

The attention to detail – and getting it right – extends all the way to this sometimes neglected peripheral. The remote makes use of large buttons for easy operation of key functions, and features a backlight so you don’t need to turn the lights up and spoil the atmosphere.

Home Cinema enthusiasts in search of perfection will no doubt be drawn to the Anamorphic Zoom function. This uses sophisticated signal processing of widescreen modes together with an optional third-party anamorphic lens to recreate the immersive 2.35:1 CinemaScope aspect ratio normally only seen in the cinema. One of the the two Trigger Out terminals handles Anamorphic Zoom mode; the other is for power.

One last thing worth noting about the VPL-VW80 is something you cannot even see, but that makes a crucial difference to the viewing experience. Thanks to a fan assembly specially designed by Sony that runs almost noiselessly on a non-contact spindle, the projector is whisper-quiet, emitting less than 20dB when running.

“With the VPL-VW80 we are offering customers genuinely high-end features in a top mid-segment model,” says Josh Honda, Senior Marketing Manager at Sony. “This means real baseline quality plus fine control where it matters, like Motionflow Dark Frame Insertion and detailed panel alignment. This will appeal to the knowledgeable buyer keen to upgrade to HD or improve an existing HD setup – and who wants to do it properly.”

The BRAVIA VPL-VW80 now forms the centrepiece of the BRAVIA HD Home projector range. For those joining the HD revolution there’s the more affordable VPL-HW10 with its ideal balance of ease of use with very high image quality; an entry HD model with great cinematic features. At the top end, the VPL-VW200 combines a full cast of the most sophisticated image technologies with a Xenon lamp and a Carl Zeiss lens. 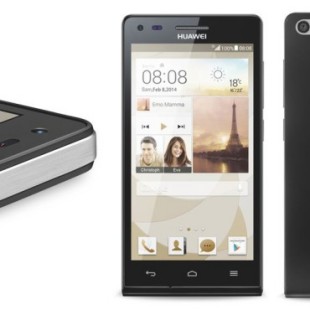 As expected and reported earlier the Chinese smartphone maker Huawei presented the Ascend P7 smartphone on May 7. The new flagship smartphone comes with various improvements when compared to the Ascend P6 and the first one is here – the P7 comes with a more powerful 2500 mAh battery (2000 mAh in...

The ASUS RT-N13U wireless router is the latest in the line of quality routers from ASUS that aims to provide users with a host of easy-to-use wireless features. Among them, the EZ UI lets users set up and manage wireless connections, printers, and scanners with exceptional ease. It also...

Today at Computex 2011, Intel defined a new category of mainstream thin and light mobile computers, called Ultrabook. Combining features from laptops and tablets in a thin, light and elegant design, these new ultraportable computers are aimed to take 40 percent of consumer by end of 2012 with...