The Ultimate HDTV Accessory, Bringing Digital Content From The PC To The Big-Screen

“The PC is quickly becoming the hub for entertainment in the home and Samsung’s MediaLive gives consumers the freedom to enjoy and manage movies, photos, and music on the bigger screen of an HDTV,” said John Revie, Vice President of Visual Display Marketing at Samsung Electronics America. “Samsung’s MediaLive opens up a constantly expanding world of content for consumers, adding yet another connectivity option to the latest Samsung HDTVs.”

Easily connected to an existing wireless or wired Internet connection, Samsung’s MediaLive allows PCs running Windows Vista or Windows Vista Home Premium to stream a personal movie, photo, music, and video collection to any 2008-model Samsung HDTV in the home with an HDMI-CEC connection. With the ability to display content at up to Full HD resolution and support for a range of video, audio, and image codecs such as AC3, H.264, JPEG, MPEG2, MPEG4, WMA, and WMV, consumers will be able to enjoy an impressive variety of video and audio files using Samsung’s MediaLive. Instead of crowding around a 15-inch PC monitor to share their latest music or movies, users can transfer the same PC content in real-time and share it on a 50-inch HDTV with a group of friends. One PC can stream content to up-to five Samsung MediaLive boxes connected to a TV through a home network – providing total access to entertainment from most 2008-model Samsung HDTV’s in the home.

Beyond streaming personal entertainment, Samsung’s MediaLive gives consumers access to a wide range of entertainment options including online services such as Vongo, MovieLink, Showtime TV, XM Radio, and FOX Sports, as well as the ability to browse through top news stories from Reuters and NPR. Additionally, in the U.S., Windows Media Center features the Internet TV beta program, which offers access to viral videos, news stories, movie trailers, sports clips, cast interviews, movie concerts and more. For access to live and recorded TV through the Samsung MediaLive, a simple TV tuner can be connected to the PC, turning it into a powerful DVR with the ability to watch and record favorite television shows and movies. In conjunction with FOX Sports, consumers are able to access SportsLounge to quickly view up-to-date sports scores, statistics and schedules – a perfect tool for any fantasy sports fan.

“Microsoft is pleased to be working with an industry leader such as Samsung, which shares our commitment to expanding TV entertainment options through Windows Media Center,” said Ron Pessner, General Manager of the Connected TV Division at Microsoft Corp. “We’re seeing the industry recognize the value of delivering these types of integrated solutions that allow consumers to extend pictures, music and more from their Windows Vista Home Premium- or Ultimate-based PC to the TV.”

Using the included mounting bracket, the compact device can be easily mounted to the rear of select Samsung flat-panel TVs for a clutter-free home theater setup. Operational commands are sent to the MediaLive via the HDMI-CEC port for a high quality, single-cable connection to the HDTV. The device connects to a PC via a RJ45 connected LAN cable, or wirelessly through a built-in 802.11 a/b/g/n receiver.

The Samsung MediaLive will be available in August 2008.

Some more info on Broadwell’s graphics

As you know yesterday Intel officially presented its latest 14 nm Broadwell CPU generation, currently available as mobile processors only. We wrote of the new chips’ specifications but new information has surfaced and this time it touches the integrated GPUs in the Broadwell family. The... 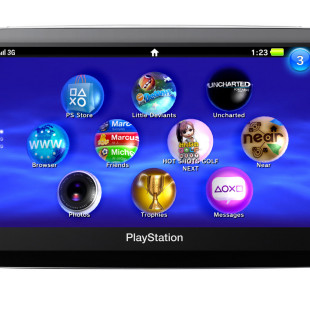 Sony Computer Entertainment Inc. today unveils the “PSP2“ or as they call it "next generation portable entertainment system (codename: NGP) which will be available at the end of 2011. The NGP has an oval design, measures 182.0(W) x 18.6(H) x 83.5mm(D) and is powered by ARM Cortex-A9 core (4... 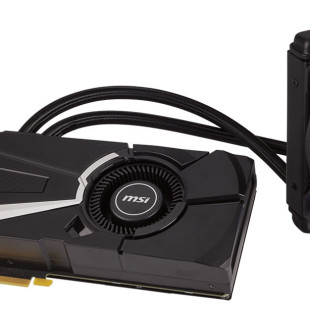