Sony Electronics Asia Pacific presents new Walkman® B series, NWZ-B140F, an all-in-one music companion. The latest Walkman® B series offers a wide range of audio capabilities from MP3 playback to voice and FM recording, allowing students to enjoy their favourite songs and record lectures. Designed for mobile music enjoyment, the Walkman® B series features the new ZAPPINTM technology, a continuous playback time of up to 18 hours and a slimmer, sleeker body with a featherlight weight of just 26g.

The latest Walkman® B series features several upgrades, such as the newly developed ZAPPINTM playback feature. Developed by Sony, when activated it plays just the main chorus portion of each song in the music library. This lets users easily scan their music library for their desired song just by listening to snippets of the choruses, without having to view a display screen to navigate and find music tracks. 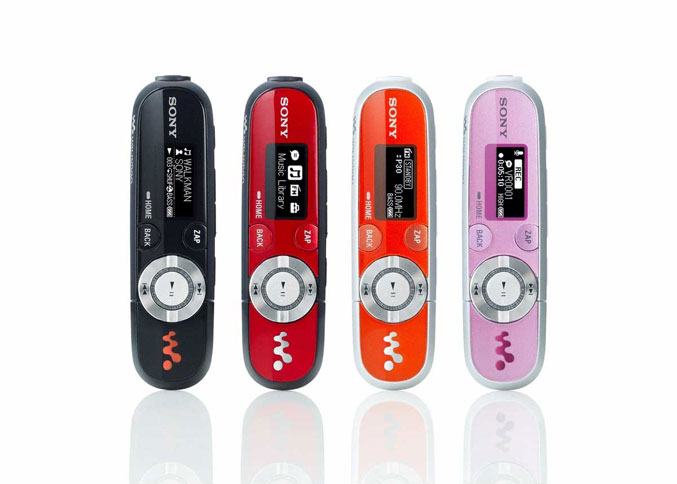 Increasing convenience for music lovers, the Walkman® B series features a short 3-minute Quick Charge capability for 90 minutes’ worth of audio playback, allowing users to spend more time enjoying their music rather than charging the player. For the ultimate mobile music marathon, the new B series also allows consumers to enjoy up to 18 hours (previously 16 hours) of continuous music playback time on a single battery charge. Available in four new sporty colours of pink, red, orange and black, the new Walkman® series features expanded storage space with 2GB and 4GB capacities, and is able to hold up to 2550 songs .

“Sony understands that today’s consumers love to be entertained with their favourite music while mobile. The new Walkman® B series provides ultimate convenience with new features such as the ZAPPINTM function that allows consumers to easily navigate their music without interruption to their jogs, commutes or other activities,” says Mr. Shinichiro Ikeda, General Manager of Personal Audio Division, Sony Electronics Asia Pacific. “The Walkman® B series does not compromise on sound quality and design either, offering quality music playback with Bass Enhancer in a slimmer, fashion-forward package.”

The new Walkman® B series is equipped with a convenient BASS button to allow consumers to easily select the Bass Enhancer mode to enjoy their favourite songs with more oomph , while the Equalizer function lets users select desired sound modes, be it pop or jazz, according to the music genres of their songs. Also incorporated are voice and FM radio recording, hi-speed USB connectivity for hassle-free drag and drop music transfers, and multiple language support for its menu display.

The Walkman® is bundled with MDR-E804 headphones for convenient plug and play and will be available in Asia Pacific from July 2009.