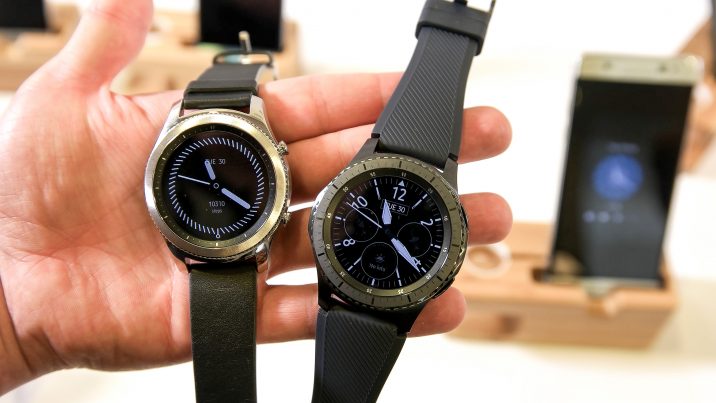 The world of smartwatches has welcomed a new member called Gear S3. The device comes from the tech giant Samsung and packs some interesting new features as well as improved hardware.

Strangely enough, the new Gear S3 will not retire last year’s Gear S2 model. Instead the older smartwatch will receive a software update and will remain on the market. The reason is simple – the Gear S3 smartwatch is big – its diameter is 46 mm, while the Gear S2 has a 40 mm or 42 mm (depending on the version) diameter. This is why Samsung will sell the two models together – if you think the Gear S3 is too big, you can always get the smaller Gear S2 model.

Off to the specs – the Samsung Gear S3 smartwatch sports a 1.3-inch Super AMOLED display that works at 360 x 360 pixels, a Samsung Exynos processor, 768 MB of RAM, 4 GB of internal memory, a GPS receiver and a 380 mAh battery that should last a few days. The display has been enhanced by the usage of Gorilla Glass SR+ technology and in addition to this it comes with Always On Display functionality. The Gear S3 is also IP68-certified, which means that this smartwatch has resistance against shock, water, dust and dirt. The device runs Tizen OS, in case you do not know. The new Gear S3 is available in two versions – Classic and Frontier. The former offers a clean, unmarked rotating bezel, while the Frontier has hour and minute marks etched into the bezel and its Home and Back buttons are knurled for better looks.

The Gear S3 by Samsung will be available in October. The device is expected to sell for around USD 299.