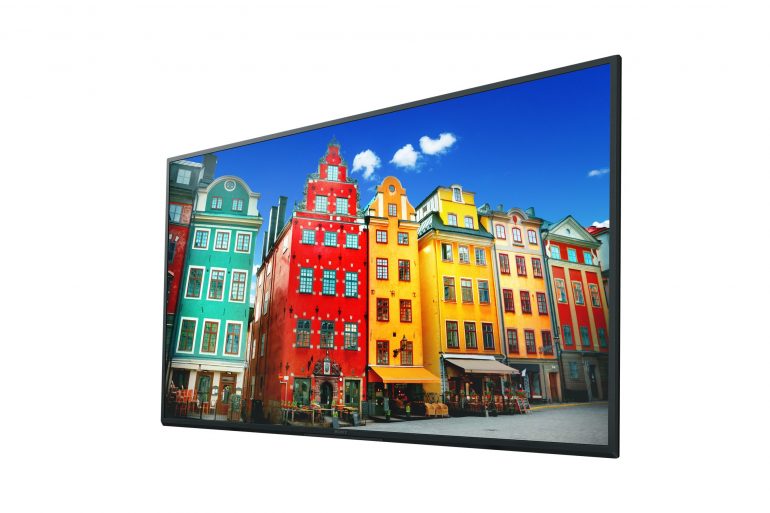 With the introduction of the BZ35J and BZ30J series of 4K HDR BRAVIA Professional Displays, Sony continues to expand its versatile lineup of choices. Building on the previously announced 32-inch FW-32BZ30J model, the new options range in size from 43 to 75 inches to accommodate corporate and education environments of varying sizes, from large conference rooms and lecture halls to small meeting rooms and huddle spaces, as well as diverse digital signage applications.

The new BRAVIA Professional Displays incorporate Pro Mode, which enables users to easily customize settings to suit different behaviors, based on applications and environments, while One Step Setting allows for quick optimization at the touch of a button. IP control allows for easy installation and integration through support from key partners. Additionally, the latest displays’ mirroring capabilities provide exceptional connectivity through Wi-Fi, Bluetooth and both Chromecast built-in™ and Apple AirPlay® 2, allowing for a quick and easy connection from a user’s device, allowing them to simply control, stream and share content.

“After numerous conversations with installers and users, we’ve designed our latest professional displays to combine all of their most requested features, including Pro Mode, One Step Settings, IP control and mirroring abilities,” said Theresa Alesso, Pro Division President, Sony Electronics Inc. “Additionally, the implementation of our impressive 4K HDR X1 Processor provides the new displays with the best in color, contrast and clarity, resulting in spectacular imagery that accommodates a range of B2B applications and users and further reinforces the strengths customers associate with the BRAVIA brand.”

Both new BRAVIA professional series boast a powerful new System on a Chip (SoC) platform, with a built-in Android™ OS system, that offers an upgraded interface for efficient ease of use, fast boot-up and seamless application integration. The new displays are thoughtfully designed with a side logo and installation-friendly terminals to provide flexibility and meet the demands of the B2B market. They also feature the latest 4K HDR processor X1™, which enhances color, contrast, clarity and motion to produce unrivaled pictures, as well as TRILUMINOS PRO technology to produce realistic imagery with a wide range of vivid colors.

Sony’s portfolio of BRAVIA 4K HDR Professional Displays, including the BZ35J and BZ30J models are ideal for use in corporations and education institutions of all sizes and excel at precisely and clearly displaying content – whether it’s small letters, diagrams and charts or dynamic and detailed rich media. BRAVIA Professional Displays can enhance the quality of presentation materials, communications, photos and videos by conveying textures and amplifying expression through the clarity of 4K resolution and more realistic HDR color spaces, which accurately reproduce a wide range of colors and provide high-contrast imagery. The full lineup of BRAVIA Professional Displays are available in sizes ranging from 32 inches, up to 100 inches.

The high-end BZ35J series, which achieves a high brightness of 560-570 nits with a refresh rate of 120Hz, includes:

The mid-range BZ30J lineup, which achieves 440 nits brightness* with a refresh rate of 60Hz, includes:

In North America, the BZ30J series and FW-50BZ35J are expected in the summer, while the FW-43BZ35J is planned for the fall.