Unlike standard PC speakers that use forward-firing drivers, the four new Logitech multimedia speaker systems feature 360-Degree Sound, or omnidirectional acoustics, which creates a substantially wider sweet spot – an especially helpful feature if you often move your computer around your home or office. With speaker drivers that face forward and backwards in each satellite, these four new speakers are designed to transmit sound more consistently over a wider range of space so you never miss a beat no matter where you are in the room. 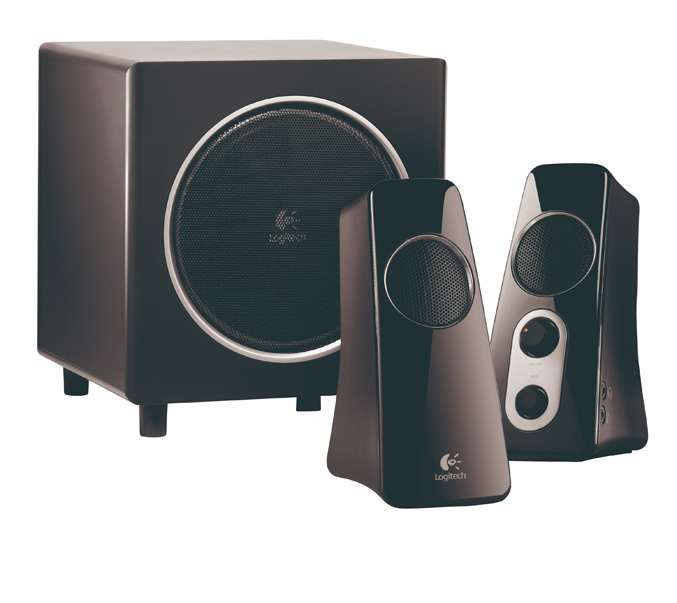 “Many PC speakers focus sound in one direction, which is fine if you’re always sitting in the same spot,” said Mark Schneider, vice president and general manager of Logitech’s audio business unit. “But now with 360-Degree Sound, whether you’re listening to your favorite song on iTunes®, watching a video on YouTube™ or playing your favorite game, you can enjoy rich, sound and minimal distortion throughout your room.”

You can transport yourself into your music, movies and games with the Logitech Speaker System Z523. The Z523 speaker system includes two sleek satellites and a 6.5-inch down-firing subwoofer, which delivers deep lows for rich bass you can feel. With 40 watts (RMS) of power, the Z523 system can fill your room with bold, dynamic sound. And in case the neighbors call to complain about the noise, the Z523 system offers convenient on-speaker controls so you can quickly turn down the volume. 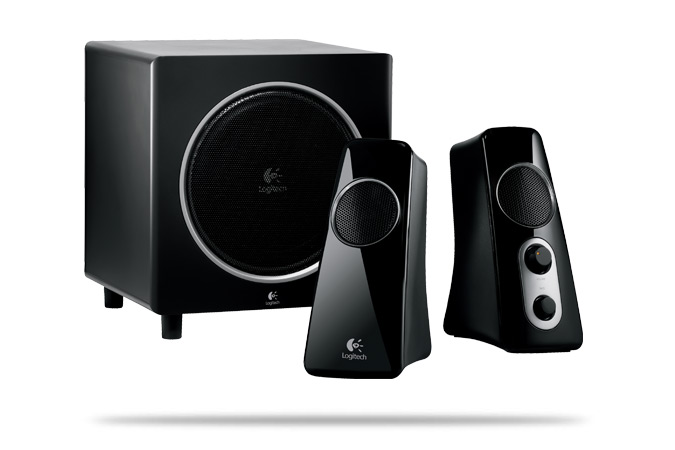 If you don’t need the walls to shake but still want good bass, the Logitech Speaker System Z323 is for you. With 30 watts (RMS) of power and a ported, down-firing subwoofer, you’ll have everything you need to create big, bold sound that puts you in the moment. 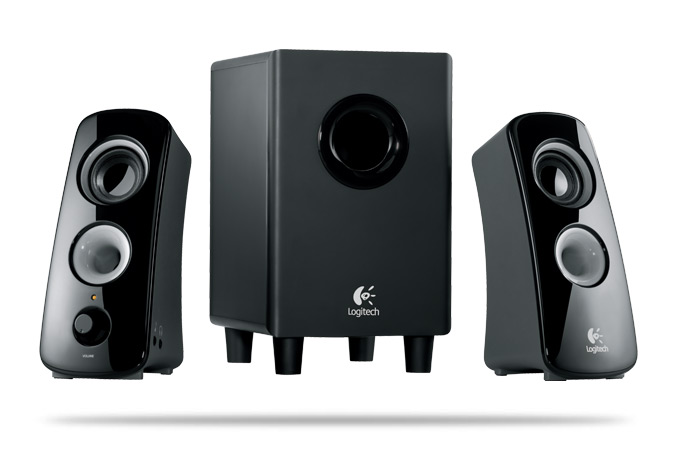 For your convenience, both the Logitech Z523 and Z323 multimedia speakers include an integrated dual RCA jack and a 3.5 mm jack so you can connect headphones, your Logitech® Squeezebox™ network music player, a gaming console, DVD player or iPod® with ease. 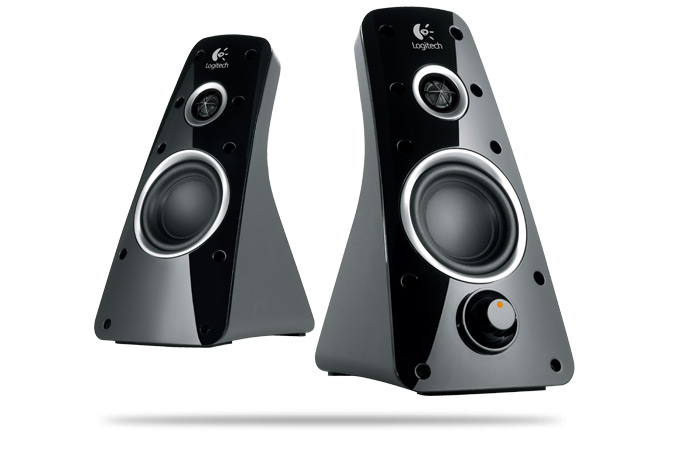 The Logitech Speaker System Z520 brings your music, movies and games to life thanks to an amplified two-way design and 26 watts (RMS) of power. The Z520 speakers are loud enough for a small party and detailed enough for subtle tones. 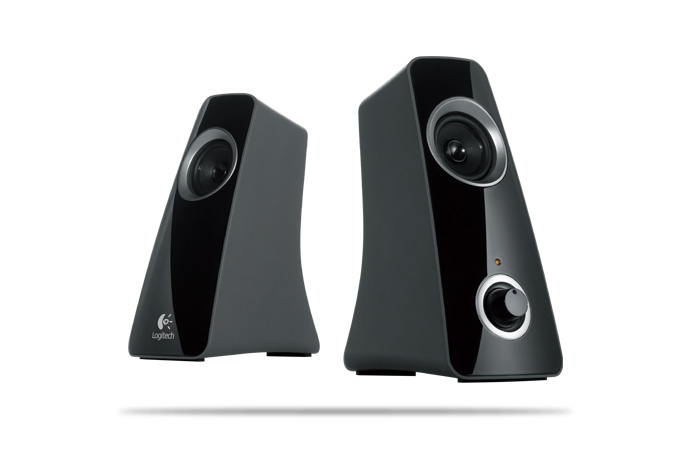 Ideal for laptops, the Logitech Speaker System Z320 can be plugged in wherever you work – and fill your office, or cubicle, with 10 watts (RMS) of sound. When you want to enjoy tunes from your iPod or listen to your headphones privately, simply plug them into the auxiliary jack – you won’t even need to unplug the Z520 or Z320 speaker systems.