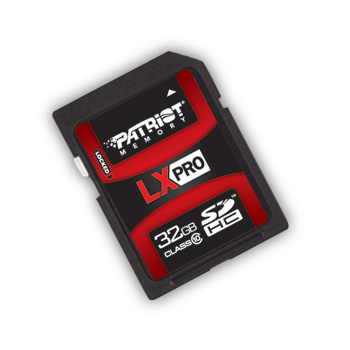 Patriot Memory also gives photographers and videographers own  SDHC card Series which which feature a Class 10 rating and are able to deliver transfer speeds of up to 20 MB/s. The new LX PRO Series memory cards will be available 16GB and 32GB capacities, starting April.