Buffalo Technology, a global leader in the design, development and manufacturing of storage and wireless networking today announces the launch of the Portable 6x Blu-ray Drive, the BR-PX68U2-EU. With a sleek new chassis and up to 6x Blu-ray write speeds, the drive’s lightweight, compact and ultra slim design is the perfect solution for people on the move as well as those looking to upgrade a laptop or netbook to Blu-ray.

The new portable Blu-ray drive is ideal for storing, editing and watching high definition content, or writing large amounts of data to an optical drive. Consumers can view DVDs in near-HD quality thanks to the Cyberlink Blu-ray Disc Suite software. The drive can also be used to back up videos, photos and music. 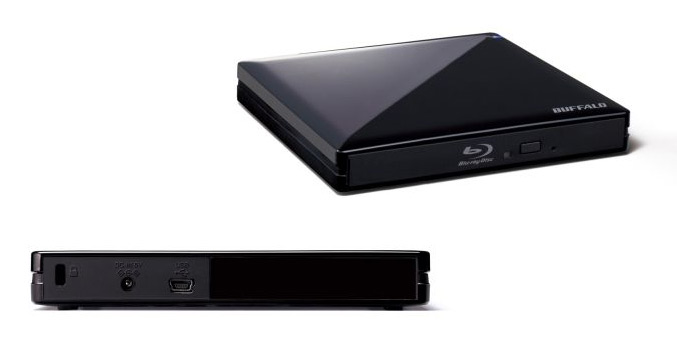 Easy to install and setup the drive comes with a USB 2.0 connection. With no AC adaptor, the user simply has to attach to a computer via USB for immediate use, meaning cables can be left behind. Its black, glossy chassis has dimensions of just 137 x 142 x 20 mm, making it easy to store and transport.

Paul Hudson, Northern European Sales Director, Buffalo Technology, said: “People are increasingly expecting to watch movies in high definition quality. With the increase in portable devices such as netbooks, Buffalo Technology’s portable Blu-ray drive is ideal for those on the move who want to upgrade to Blu-ray.”

Other key features include:

The Portable 6x Blu-ray Drive will be available from April 2010 across EMEA.