How will 4G change the modern world?

If you really wanted to find out what film that actor had been in you’d have to ask your friends and look in a magazine. If you wanted to research a topic for homework, you’d have to go down to the library, physically look for a book, read the book and extract the information you needed. Encyclopedias were the Google of the 80s – and your copy was almost guaranteed to not have the exact information you needed or be booked out for the next 3 months!

All those trivial questions that crop up on a daily basis – who sang that song that you love so much? When was that film made? What was that childhood game called? All of that stuff you’d have to basically guess – it’s pretty difficult for kids to imagine a world without the internet or mobile apps at their fingertips, but the reality was you were definitely less sure about a lot of stuff!

Even when people had the internet at home, dial up connections meant that it wouldn’t necessarily be the first port of call for information gathering. But of course, as soon as Wi-Fi became ubiquitous it became ever faster to get information at the touch of a button on your PC at home. Internet became available on your phone, but its speed was slow and the connection always dodgy, and then fast forward a couple of years and everybody is connected to the internet all the time with their smartphone or tablet.

Researching with actual books is pretty rare these days – why would you when you have all the knowledge in the world just a click away? The generation which has grown and evolved along with these technological changes is still assimilating the speed at which knowledge and information is readily available – but for the younger generation, it’s all they’ve known. A child of 13 would be hard pushed to even imagine a world where he wasn’t permanently connected to all of his friends through the internet and able to play games, look stuff up and check his Facebook wherever he is.

So much for the speed we’ve become used to – as we gear up to finally get on board with 4G, what will this mean for our internet access and speed? Although readily available in the US since 2008/9, the UK is only now being rendered 4G compatible by EE. Slowly but surely the whole country is being 4G enabled, meaning speeds will be even faster.

At the moment, EE is the only live and functioning 4G network in the UK, but by the end of the year other major players in the telecommunication industry will have joined them, giving customers more competitive prices and more choice when it comes to provider.

And what does it mean for us? Basically lightning speed connections and the ability to watch videos, play games, talk to friends faster than ever before. You can be streaming a film while on your commute home from work and then switch seamlessly to the TV as you walk in the door. You can play multi-player games in any room of the house, hit some pokies while on your lunch break at work with Intertops’ online casino, chill out with a card game of patience or release some energy with the addictive Angry Birds… whatever your gaming poison instantaneously, anytime, anywhere. Yet more fuel to the fire of an ever-increasingly impatient generation – luckily it seems that technology can keep up with our insatiable demand or better, faster internet. 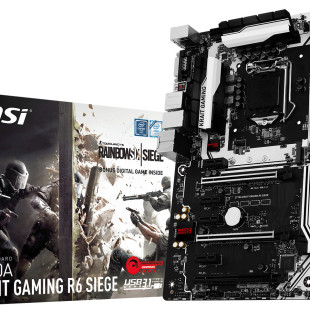 The maker of motherboards MSI, along with Ubisoft Entertainment, has announced a new gaming combo that includes a motherboard for Intel’s Skylake processors and a PC game. The motherboard is called Z170A KRAIT Gaming R6 Siege and has arrived into this world to celebrate both the new MSI-Ubisoft...

Multiplayer Call of Duty: Modern Warfare 3 is free this weekend

Gamers’ dreams will come true this coming weekend, as fans of the Call of Duty franchise will be able to play Modern Warfare 3 multiplayer games for free. The free Modern Warfare 3 weekend will offer all maps, classes and weapons to everyone who downloads the client from Steam. The freebie...