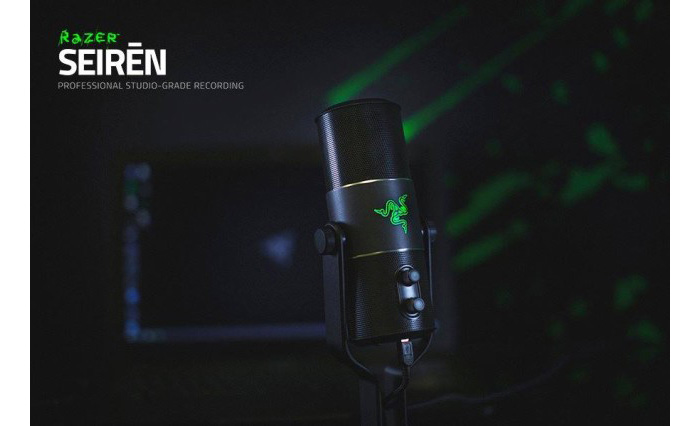 The brand name Razer has long been associated with really high quality gaming peripherals such as keyboards, mice, mouse pads and headphones. Starting now, however, you should learn to associate Razer with streaming microphones too.

The reason is actually quite simple – Razer has announced the Seiren, which happens to be the company’s first microphone designed for streaming. What’s even more interesting the Sairen has been around for a while and has already been used by streamers on Twitch and YouTube but it is now that the company has decided to make the device official.

“Some of you may have noticed that the top streamers and YouTubers out there have been streaming behind a black card to hide the Seiren for the past couple of months – but the secret is now out!”, Razer’s CEO Min-Liang Tan has said.

It is time to touch on the Seiren tech specs – the device features an anodized aluminum body with a LED-lit Razer logo, three 14 mm condenser capsules and a frequency response range from 20 Hz to 20 kHz. In addition it also has sensitivity of 4.5 mV/Pa at 1 kHz and a maximum SPL of 120 dB. The Seiren comes with a built-in headphone amplifier and a filter that is sold separately that helps reduce hisses and pops when certain words are said.

The Seiren is out now and sells for USD 179.99 for the microphone only and USD 229.99 for the version that includes a shock mount and pop filter.