The Evolution of the Automatic Transmission 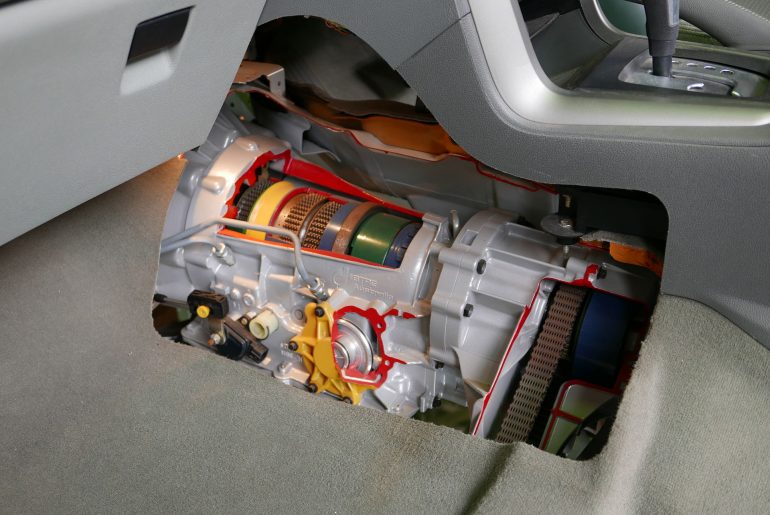 Many, many vehicles now come with automatic transmissions, and these transmissions are so great because they automatically change the gear ratios as the driver moves. There are still manual transmissions out there, but generally now when a teenager learns to drive they are using an automatic and learn to drive a manual later if the need to know how to use one presents itself.

It was in 1921 that Alfred Horner Munro of Saskatchewan, Canada, invented a form of the automatic transmission. It was patented in Canada in 1923, in the United Kingdom in 1924 and in the United States in 1927.

In 1937 General Motors introduced a semi-automatic transmission, which was called the “Automatic Safety Transmission,” or AST. The AST had a friction clutch, a planetary gear set and four forward speeds. Oldsmobile and Cadillac used the AST in a few models in the late 1930s, and Buick offered it for their Buick Special for a short time. However, the AST was short lived because prospective vehicle purchasers weren’t convinced that having this in a vehicle would make it run all the better.

By 1941 about 40% of all Oldsmobile cars had the $57 Hydra-Matic Transmission in them. By 1942, when, car manufacturing plants stopped making passenger vehicles for a bit to focus on building wartime machinery, over 200,000 Hydra-Matic automatic transmissions had been sold.

The folks at CDJR Mopar Parts can provide you with more information on how automatic transmissions came to be!