Toshiba is working with Mitsubishi Motors Corporation in order to bring their breakthrough rechargeable lithium-ion battery – the SCiB battery to electric vehicles, as announced by them. This battery combines high levels of safety with a long-life and rapid recharging, thus making it highly suited for electric vehicles.

The under development SCiB module optimizes the usage of individual cells in the battery, utilizing the capabilities of the SCiB.

Toshiba developed the new original “anode material” and a safety and rapid recharging enhancing electrolyte, in bringing the SCiB to Electric Vehicles. The SCiB has a long life that will promote reduction of waste and that will also contribute to a society that is required to save energy while reducing environmental loads.

Toshiba’s SCiB has been already selected for an electric bicycle and an electric motorcycle, and also as a part of a micro grid system power storage, thus positioning it as a business that is already showing its versatility.

The SCiB will be produced for industrial applications like Electric Vehicles and Power Storage at a new facility in Niigata prefecture named Kashiwazaki Operations that is slated to start its production in the year 2011.

Toshiba will establish an operation structure for promoting sales and marketing activities that will secure its orders and allow it to respond quickly to market growth, in the Electric Vehicle sector.

FIFA 14 – another soccer game for you

Do you like soccer? If yes but you prefer not to run on the field then the Google Play store may have something for you. Indeed it does and this is FIFA 14. FIFA 14 is the latest soccer game for Android devices developed by EA Sports. Just like with most games for PC... 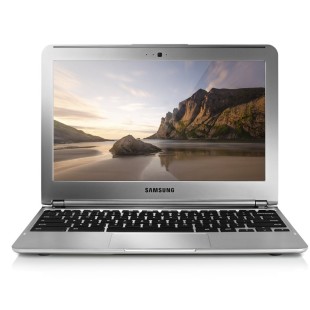 Is it a Chromebook you want? Pros and Cons of Chromebooks

Chromebook is a budget friendly option for most of our savvy population. If the tasks don’t need titan-grade hardware, they can just be the right deal. But if you are thinking it’s going to do all your graphical work, then please look for something along the lines of HP Spectre or Omen laptop...