Xtreme Design features innovative Stack Cool3+ to enhance motherboard component longevity. It is a feature that was re-engineered from the original copper cooling innovation of the ASUS P5E64 WS motherboard. With the perfect cooperation with Xtreme Design, Stack Cool3+ effectively cools motherboards with an enhanced PCB layer to provide a stable and low operating temperature for optimized data transmissions. By substantially improving heat dissipation, the new series offers users exceptional reliability. This innovation builds on ASUS’ pioneering achievement as the first adopter of innovative cooling technology—which transformed the way motherboards were designed. 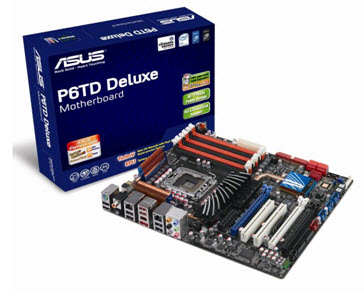 For the ultimate experience in performance, Xtreme Design features Xtreme phase to ensure the most stable and optimized power delivery; and Turbo V for a real-time, dynamic processing boost. Both features allow motherboard enthusiasts to experience optimal power performance under various loading conditions as well as an overwhelming boost of up to 51% in processing throughput.

Unsurpassed safety standards are incorporated in the Xtreme Design series motherboards for safer operations. By passing stringent Electromagnetic Interference (EMI) testing that is 30% more rigorous than industry benchmarks; the new motherboards have exceptionally low EMI emissions. Together with a low Electrostatic Discharge (ESD) and an I/O bracket called Q-Shield, these features help to significantly reduce any negative health impact and potential damage to components. 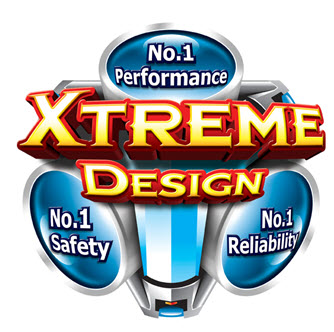 ASUS will be launching a range of Xtreme Design series motherboards. Among them is the P6TD Deluxe, an enhanced version of the record-breaking, high-performance, X58-based P6T Deluxe motherboard. With an “Xtreme Design” DNA, the new series will appeal to the performance-demanding market and gain more fans by offering superior capabilities and exceptional reliability—traits that discerning users have come to expect from ASUS, the leading name in technology innovation.