Razer, the US manufacturer of gaming PC peripherals, has pushed the release of the new Razer Blade gaming laptop to January 2012.

The delay was forced by the recently announced upgrade of the laptop storage system from a 320 GB hard drive to 256 GB of solid state drive storage. Unfortunately for Razer and gaming fans around the world, the US company was unable to secure all the SSDs it needs to accomplish the upgrade and this is why the new gaming laptop will not be available before January 2012.

The official launch is expected to happen in mid-to-late January 2012 to customers in North America. Other markets will be serviced later in 2012. 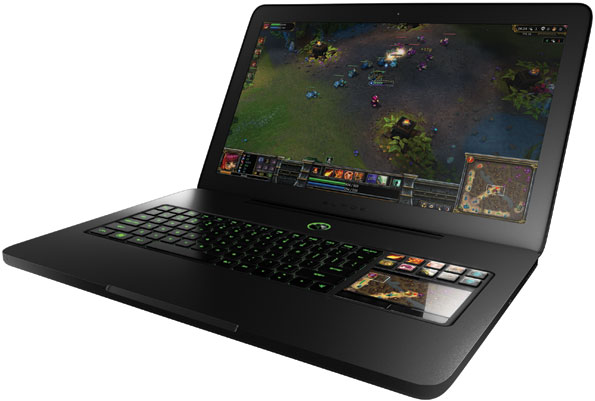 To make up for the delay Razer offers a coupon code for a Razer Orochi Blade Edition mouse to anyone who signs up to receive a notification when the Blade starts shipping in January. The coupon is redeemable only when you purchase the Razer Blade, of course, which comes with a hefty price of 2 800 USD.

For such a price gamers should expect a top notch gaming laptop and Razer does not disappoint. The Blade gaming laptop comes with a 17.3-inch 1080p screen, an Intel Core i7 processor running at 2.80 GHz, 8 GB of DDR3-1333 memory, the aforementioned 256 GB solid state drive and an NVIDIA gaming video card such as the GeForce GT 555M with 2 GB of graphics memory and Optimus technology. Also present are an HD web cam, USB 2.0 and 3.0 ports, HDMI-out and Bluetooth 3.0. The Blade laptop also offers a unique “Switchblade UI” that’s adjacent to the standard keyboard and offers 10 customizable hotkeys above a multi-touch screen. The latter serves as a trackpad when you’re on the go, but it can display handy in-game data if you’re using an external mouse.

This is the second Razer product to be delayed in recent weeks. The firm’s Tiamat 7.1 surround headset is also being pushed back until late January due to some finishing touches that still need to be made.