VIA is back with new x86 processors

It has been years since we saw x86 processors from VIA for the last time so if you thought the company had quit making such chips you had a pretty good reason for this. Surprisingly, though, VIA is back with several new x86 processors that are based on the all-new Isaiah II architecture. Of course, no one expects these chips to set new records and beat Intel’s and AMD’s x86 processors but it is always nicer when you have more chips to choose from.

The new chips have been presented in China along with the Chinese tech company Zhaoxin. It turns out that this Chinese company has invested money in VIA and has helped the Taiwanese company to create these new processors. To return the favor VIA will sell its new chips predominantly on the Chinese market where the company thinks it will be able to make a lot of money. As to the processors – we have at least two new models. They are called FC-1080, which comes with 8 cores under the hood and FC-1080/FC-1081, which features 4 cores. These chips are aimed at corporate and industrial users but VIA says there are a bunch of other chips as well with the ZS letters in their names. These processors are aimed at desktop computers and all-in-one PCs.

All these new VIA chips are made on a 28 nm tech process and run at up to 2 GHz. The aforementioned quad-core FC-1080 and FC-1080/FC-1081 processors come with a TDP level of 18 watts and include a dual-channeled DDR3-1600 memory controller, an integrated graphics chip with support for HEVC/H.264/4K, and SATA 3.0 and PCI-E interfaces. In addition to this the eight-core FC-1080 chip supports SM3/SM4, SHA-1 and SHA-256 technologies and includes 4 MB of L2 cache. The processors also support SSE 4.2, AVX and AVX2 instructions.

It is unclear when these processors will be on the market and how much they will cost but we doubt it will take too long for VIA to start selling them.

A few weeks after releasing the Radeon RX 480, AMD has described the RX 470 and RX 460 models that have now been in the rumor mill for quite some time. The information has been disclosed during an event in Australia so we can consider the information here as official. As expected the Radeon... 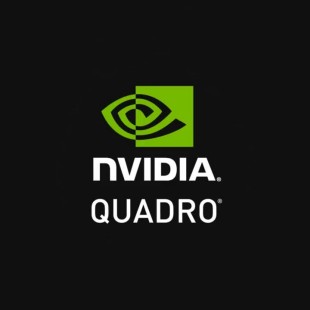 In the past few months NVIDIA has been mostly busy in the desktop market segment, launching the GeForce GTX 900 series and later expanding it with more models. In fact very soon we will get one more such card under the GeForce GTX 950 brand name. The company, however, is preparing two...