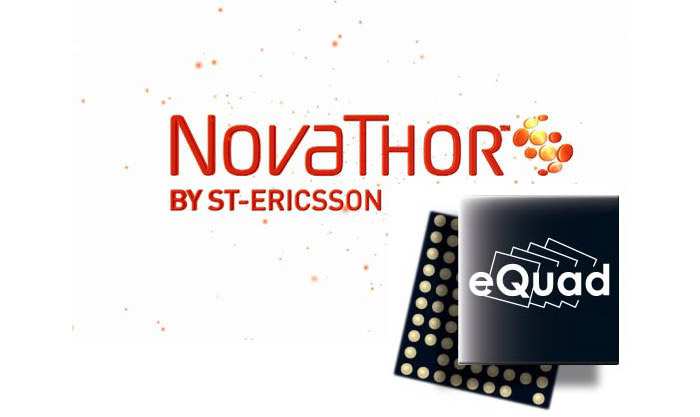 At MWC 2013 ST-Ericsson has presented a 2.5 GHz quad-core chip that will power future smartphones. The chip will be among the first made using 28 nm FD-SOI technology.

The NovaThor L8580 chip is based on four ARM Cortex-A9 cores running at 2.5 GHz but the cores can speed up to 3 GHz in case of need. The processor also includes a PowerVR SGX544 graphics core at 600 MHz and an integrated advanced multimode 4G/LTE modem with all this hardware housed on a single processor die. In addition the NovaThor L8580 chip has support for LTE-FDD, LTE-TDD, HSPA+, GSM and TD-SCDMA with downlink speeds of up to 150 Mb/sec.

According to ST-Ericsson the NovaThor L8580 chip consumes 35 per cent less power than competing architectures at similar clock speeds. The chip has a low power mode too that when enabled needs 50 per cent less power at 1 GHz which means longer standby time and extended battery life.

The first products based on the new chip may appear this year.